The Joseph Rowntree Foundation: Independent but not neutral

Julia Unwin commits the Joseph Rowntree Foundation to act more boldly in the war against poverty. 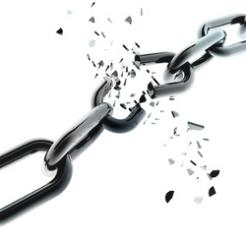 Julia Unwin commits the Joseph Rowntree Foundation to act more boldly in the war against poverty.

The relief of poverty has been a charitable object since Elizabethan times. However, persistent, grinding poverty remains a feature of our landscape. For charities with a focus on poverty, it is surely legitimate to question whether this objective is ever achievable. And if so how?

It was nearly 50 years ago that an American President, Lyndon B. Johnson, declared war on poverty, and yet as the decades have rolled on, the war has not been won.

Indeed, in the UK over the last couple of decades it has frequently felt more like a war on the poor. A war in which political discourse, a coarsened language, the burden of austerity and dodgy science have all been used to demean people living in poverty, and to allow a reduction in their living standards.

What does this mean for a medium-sized endowed foundation with a commitment to evidence and a medium-sized housing association based in the north of England?

First, our independence. We are clearly, along with all other charities, not aligned to any political party, and indeed with no political party adopting a clear and effective policy to eradicate poverty such independence is not difficult to maintain. We also need to be independent of government.

But independence means more than that. It also means we aim to be independent of vested interests and received opinions. It is too easy in this field to follow fashion, to fail to question assumptions, and to confuse collaboration with being part of the crowd.

Our independence is directly relevant to our influence: we avoid any automatic discount of our views, able to say with confidence that we publish the commissioned research, and base what we say on our evidence.

But this does not make us neutral. We are not – and don’t want to be – a remote provider of data-rich reports taking a neutral stance on issues. Our charitable purpose and the commitment made in our new strategic plan makes it clear that we exist to eradicate poverty in the UK, and indeed we have described ourselves as an anti-poverty organisation.

What does this mean in practice? For an organisation with the strapline – search, demonstrate and influence – there are few hiding places. We have committed ourselves to:

• Change as an employer – with nearly 700 staff, many of them in traditionally poorly paid roles, we have made a commitment to introduce where we can our own minimum income standard, and ensure that we model the employment practice we wish to see in others.

This is bold stuff. We may not succeed. But our position as an independent endowed foundation, with services to run and evidence to develop, at a time when so many people are suffering, means we can aspire to no less.

We need to marshal evidence both from our research and from our experience, and use this – along with our reputation and funding – to influence and inspire real, and lasting, social change.

Julia Unwin is chief executive of the Joseph Rowntree Foundation