We may have lost an hour over the weekend, but there were still some truly excellent April Fools this year. Here are some of our favourites. 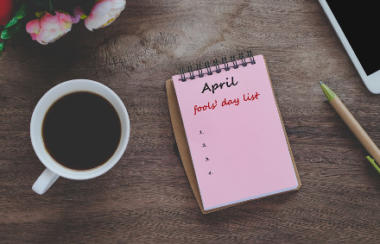 This morning the Sun reported that Bear Grylls, chief scout, is planning to take a team of scouts on a camping trip to the International Space Station.

According to the Sun, Grylls said: “The Explorer Scouts will need to show the true spirit of Scouting – resilience, teamwork and resourcefulness – if they are to pass the intensive selection process.

"But by reaching for the stars, we hope to prove that Scouts truly can do anything.”

This morning the National Trust announce that it had discovered “what we believe to be the first ever nightclub”.

Not only that, but it has re-opened the club and made a promotional film.

It actually sounds like a great night out: shots of milk, cheese scones and the original glitterball.

We’ve discovered records, of what we believe to be the first ever nightclub, @OsterleyNT on the outskirts of London. Watch our video to see how we’ve re-opened the nightclub for the first time.

Sound on to join the party. pic.twitter.com/KJrREHIi0q

The Royal Albert Hall announced a “major building project” that “will see the Hall rotated 180°. It said the move will be part of the venue’s extensive 20-year development plan, which seeks to make the venue more accessible whilst ensuring the building itself is ready for the next 150 years.”

The charity added that the project was overdue because the Hall has “not moved an inch since opening in 1871”.

Guide Dogs has long campaigned to make it easier for people with guide dogs to get about.

Its latest plan is to “reduce the size of the animal” or “reduce the number of feet”.  Unfortunately it doesn't seem to have been met with approval from service users.

It’s a tight squeeze to get a guide dog and their owner safely past cars parked on pavements. But we think we’ve come up with a solution…
.
[AD version: https://t.co/1gVaBr2FEk] pic.twitter.com/am25coj4AS

RNLI has also been going through its archives, and discovered that in 1949 it rescued an alien spacecraft from the sea.

On #AprilFools Day 1949, we carried out the most unusual rescue in our history... pic.twitter.com/YNRhTDEops

NCVO: Etherington pledges to stay until 2044

NCVO emailed journalists this morning with the shock news that Sir Stuart Etherington had decided that, for the good of the country, he would continue in his role as chief executive of NCVO for another 25 years.

Apparently he felt it was his duty to provide continuity during these unsettling political times.

We were told Sir Stuart was going to say: “‘Obviously this is a time of great political turbulence, and I think it’s important that NCVO and the charity sector can count on continuity.

“But more importantly, I recently discovered there was an NCVO chief executive in the middle of the last century who did twenty-seven years and frankly I don’t want to be beaten.

“If I stay for a total of fifty years, not only will I surpass that mark but I am confident I will also set an unassailable record for the future.”

He was set to add: “I was thinking of pledging to stay until Brexit was resolved, but realistically that could be a very long time.”

We were beginning to feel sorry for the many sector leaders who had polished their CVs and applied for the role, until we saw the date.

Our own fake news

You may have seen a news story this morning about a new collaboration body. This was an April Fool, Civil Society News has absolutely no idea what the government is planning for charities. 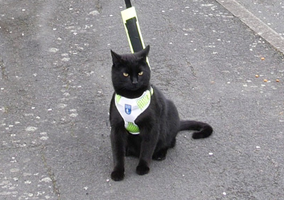 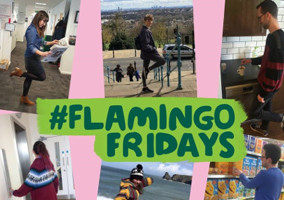 A round-up of charity April Fools 2016 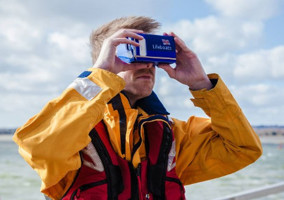 A round-up of charity April Fools 2015