There are a few serious arguments against charity campaigning, says Andrew Purkis. We need to nail our responses to them. 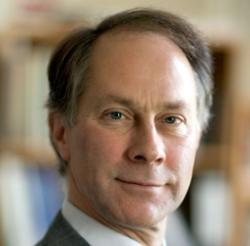 There are a few serious arguments against charity campaigning, says Andrew Purkis. We need to nail our responses to them.

Sometimes the arguments about charity campaigning do not come with strong support.

Yes, vested interests with deep pockets troubled by charities' campaigns play a part, with the help of PR companies. (Why do you think the RSPB and RSPCA are such favourite targets?)

Yes, some politicians are angry simply because charities get in the way of what they want to do, and suspect party political motivation when they see former party special advisers occupying leadership roles in some charities.

And yes, Conservatives suspect many charity campaigners are more likely than average to favour Labour, Lib Dems or Greens.

That is why it really is important for charities to show that they are independent and not motivated by party politics even when their demands coincide with the policies of one party or another.

But there are also some arguments that go beyond party political feelings and vested interests, and wise charities will treat them with respect even though we disagree.

Politicians are democratically elected; they may question the legitimacy of charity campaigners, who are either not elected at all or elected by a narrower membership. Moreover, most charities are single issue whereas Governments have to take all sorts of different considerations into account.

So the criticism is that charities bring a point of view on political issues that is not representative of the public (only a particular segment) and is often simplistic, because it does not take account of all other viewpoints and interests than the charity's own.

The background to the spate of criticisms of charity campaigning by senior Conservatives is that a Government with a mandate to reduce the deficit found itself constantly criticised by churches and other charities to the point of undermining their efforts as the General Election approached.

They bridle at the underlying political assumption (as they perceive it) of many charities that greater state intervention and expenditure is the answer to such challenges as preventing poverty and improving life for their beneficiaries, regardless of the Government's democratic mandate.

A high moral tone adopted by some charities can add fat to this fire. Charities, whether religious or secular, do sometimes adopt a self-righteous moral tone, implying that politicians whose performance they are criticising are lacking in compassion, a sense of justice or a moral compass.

When Ministers must struggle with arduous compromises in government, trying to resolve contradictory demands, this is very annoying.

The counter-argument: Politicians do have democratic legitimacy. But charities also have legitimacy, of a different kind.

One, they can magnify the voices of minorities or marginalised people who would otherwise be ignored.

Two, they enable particular viewpoints and enthusiasms to be articulated in a coherent, purposeful way so they can be fully understood and assessed.

Three, they bring a concentrated, in-depth knowledge and experience in their particular area of concern that would otherwise be unavailable to the political process.

Four, they are independent and are not influenced by party or personal considerations. Charities' legitimacy is therefore sound in principle, but it has to be earned in practice: they may also make interventions which are poor quality and fail these criteria of legitimacy. Passionate conviction is good, self-righteousness is counter-productive.

It can be a cop-out for politicians (or Charity Commission Board members) to be mouthpieces for "public opinion" as an alternative to thinking things through for themselves and giving a lead. But in this case there is indeed a widespread public desire to define charity as something that unites us whatever our differences on other matters.

For example, nearly all big companies have their Charity Day or Charity Challenge, and everyone mucks in for charitable causes dear to all, overcoming the geographical, functional and hierarchical barriers that set them apart. All kinds of school, community and village charity fetes and events share the same ethos.

In this sense, charity is seen as above the more contentious arena of politics where people divide and get upset with each other. It should be about a shared love that conquers all and brings out the best in people who disagree about other things.

In line with the non-political view of charity, it has been argued by Rob Wilson, minister for civil society, and William Shawcross, chairman of the Charity Commission, that excessive (whatever that means) political activity by charities could actually damage the public reputation of charities, because it is out of line with what the public expects from them, which is inoffensive practical action.

The counter-argument: The idea of charity as unifying and uncontentious is noble and often true, but by itself it gives a very incomplete picture of charities' role in making the world better - which is what our supporters want.

In the real world, the love that drives charity must sometimes be expressed through political activity as well as practical action: change requires advocacy and contention. To deny this is to forget a huge chunk of inspiring history, from the abolition of the slave trade to the acceptance of same sex marriage, and countless other examples in between.

Politicians and Charity Commission board members might earn more respect by reminding people of this proud history than by parroting incomplete public understanding of charities' contribution to public and political life.

On the other hand, charities also have work to do, explaining why they are sometimes right to enter the political domain in pursuit of their charitable objectives, and not being apologetic or untransparent about it.

The Misuse of Public Funds Argument

The first argument here is that charities benefit from fiscal advantages, and this public subvention, along with the kudos of charity status, should not be available to organisations that adopt contentious positions with which many of the public disagree. They should pay for that fully themselves. Thus, those who benefit from public subvention should stick to the non-political.

A narrower and even more popular argument is that charities that receive public money should not spend that money on campaigning. It was on this ground that Eric Pickles broke the Compact agreed between the last government and voluntary sector representatives by introducing gagging clauses shortly before the last election into his department's grants to charities. In this respect the Compact remains bust.

The counter argument: Those who criticise campaigning on such grounds will not usually argue the same about subvention of public schools or religious causes, with which many people also disagree.

Tax advantages are also given to many companies and individuals of whom many of the public may disapprove, and taxes are frequently spent on items that are contentious.

If Parliament has decided that there is value in subvention of charitable causes and independent charities generally, knowing that not all of the public agree with all of them, it is illogical to criticise charity trustees for choosing the most effective method of pursuing their objects, including non-party political activity, simply because some people disagree with them.

Turn the argument round: if Parliament has decided that the charitable object is worth supporting, why not encourage Trustees to pursue it by what they consider the most effective methods?

The key principle of the Compact broken by Eric Pickles remains right: giving a grant or contracting for a service should not buy the silence of an independent organisation. The Pickles idea rests on the fallacy that the Man in Whitehall knows best and should not have to listen to the lessons that a charity learns from the grass roots.

It also rests on a denial of charities' free speech. If governments - foolishly - do not want feedback and learning from the people they support, they can use their own staff or private sector bodies that do not exist for a charitable cause.

So we can respect but also rebut these arguments against the non party political role of charities. If we continue in practice to:

we shall win this debate.