Small charities are running on empty

Judy Robinson looks at the distinctive value of small voluntary and community organisations and how they can be better supported. This is one of a series of extracts from a forthcoming book of essays on the future of the voluntary sector, Making Good: The Future of the Voluntary Sector.  The collected extracts are available at Civil Exchange. 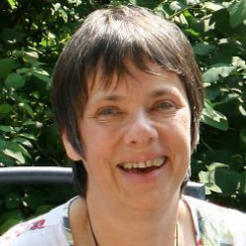 Judy Robinson looks at the distinctive value of small voluntary and community organisations and how they can be better supported.

Small may be beautiful but, in the voluntary sector, it is running on empty. We know from our own research across the Yorkshire and Humber voluntary sector and from NCVO’s Civil Society Almanac, that it is smaller organisations with a few staff that are most vulnerable to closure. Many are using up reserves to survive and many have none.

I think this matters for a number of reasons.

Smaller groups provide services that meet need in effective ways.  They are connected to their locality and they know it because they are part of it. They can attract volunteers and local resources because people can see the connection with a social good.

And, all this saves money because it reduces the use of costly acute health services, mental health admissions and creates social capital connections, cohesion and community capacity. Think of a small voluntary organisation working with new mums suffering post-natal depression. One mental health admission costs the same as the project’s work with 120 mums.

Smaller organisations and local infrastructure provide an independent voice, too, about their locality.

These small groups are important outside public service provision because they engage people, combat loneliness and provide opportunities for getting involved in a community. Often it is the local choir or the community centre which is the best way to tackle the causes of isolation and ill health. And it is this engagement and trust that small groups engender that has deserted so much of our politics.

How is it, that with all these positives, smaller organisations are under threat? The scale-up, roll-out, economies-of-scale proponents – in and outside the voluntary sector – have not helped.

What seems to happen is that the work of small projects is praised for its effectiveness. But we are not able to translate this into programmes that value these organisations without creating scale-up regimes that then destroy the very qualities that made local provision effective.

It isn’t just small voluntary groups under threat. Local authorities are being transformed as a result of two changes. The first is the reduction of funding from central government which has impacted on local authorities in disadvantaged areas, especially in the north and the poorer London boroughs.  This means that discretionary funding of small groups is hit hard.

The second change is the creation of Combined Authorities, Local Enterprise Partnerships and other arrangements which operate across traditional local authority boundaries.  Now, even a small organisation in one district will have to navigate the complex and fragmented geographies of agencies and authorities - all with different geographies.

Three changes are needed to better support the contribution of smaller voluntary and community organisations and help them retain their independence.

First, there needs to be a culture change about how we organise public services and respond to need.  Is outsourcing, privatisation and withdrawal the only show in town? Too often government and new joint arrangements do not reflect their populations or listen to them. They need civil society organisations who are trusted and known and smaller voluntary organisations as partners and friends because they can unlock the assets of communities and create a new sort of welfare state with real shifts in power. And Local Enterprise Partnerships or local authorities cannot make this change alone - austerity has seen to that.

Second, resources are important but might be deployed more strategically. Some charitable foundations and others could play a more strategic role to help the small organisations sector – and associated infrastructure – to navigate these environmental shifts.

Third, policies and government still matter. Government could work with the voluntary and community sector, local government and the NHS to set out a policy framework about the support and role of the voluntary sector, including small local organisations, in key policy areas. It could incentivise collaboration between local authorities and the local voluntary and community sector so that public services stay local, democratic and build the assets of communities. Would this be costly? I think the savings made by having better health and wellbeing would outweigh initial costs.

The voluntary sector itself and its leadership will have to face up to whether we can articulate some better sense of being one sector with common roots and values linked to social solidarity.

Social democracy in the 21st century needs many voices. Small voluntary organisations embody the idea that people organising in their own community are a force for good. Their independent voice is a distinctive value that has the capacity to enliven social democracy and bring new ideas about what sort of society we want.