Sarah Pearson: Increase in charity mergers brings rewards, but what about the risks?

Sarah Pearson, head of enterprise risk management at Ecclesiastical, explains what charities need to know before considering a merger 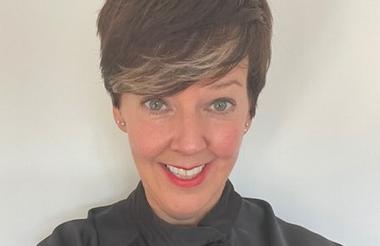 At the Charity Finance Group (CFG) annual conference the chair of mental health charity Mind, Stevie Spring, said that more charities were likely to merge as a result of the ongoing cost-of-living crisis.

Earlier this year, Eastside Primetimers released their Good Merger Index (GMI) which backs up Spring’s claim – identifying 77 mergers in the year April 2020-21 involving 166 charities in all.

When charities merge the focus is often on finding a partner who has the same beliefs and values – something potentially easier to find when involving faith charities.

Last year, the Methodist charity All We Can agreed a formal partnership with Y Care International to combine their workforces in order to achieve greater impact. The charities began working closely together over three years ago and from that collaboration came discussion around formalising their partnership.

The move saw both organisations maintain their own identities but make use of shared office space and back office functions, helping them to grow and to create new roles to fulfil the greater needs of both organisations while providing support to even more people.

But what does a merger mean in real terms? While closer partnership working and collaboration may help to increase charities’ impact and share back office costs, the decision to combine resources shouldn’t be taken lightly.

I have developed a handy mnemonic for charities to consider when taking the decision to merge.

M - Mergers - A merger of charities means two or more separate charities coming together to form one organisation. Either a new charity is formed to continue the work or take on the assets of the original charities, or one charity assumes control of another (Charity Commission for England and Wales).

E - Environmental risk factors are forcing some charities to start thinking about mergers and associated benefits.

R – Risk Management needs to be an integral part of the process when considering a merger. An initial assessment should be carried out early in the process. This will flag any potential issues or barriers to be addressed through discussions. The assessment will need to be revisited and expanded later in the process.

Barriers can be cultural, structural, financial, professional or political.

Identifying the following barriers and risks at an early stage, and looking at whether they can be overcome, will help in deciding whether or not to proceed with a merger:

G – Gains of merging must be clear to see and in the interest of each charity. Compatible objectives, culture and values are key. There should also be a unified approach at board level, with the trustees collectively being clear that they believe the merger is the best way forward with clear reasons.

E – Evaluate initial discussions from key stakeholders (internal and external), results of your risk analysis and advice from legal, finance and HR professionals and progress to the next stage if appropriate.

R – Reach an informed decision based on:

S – Success measures will be key to determine if the merger has been completed successfully e.g. increased income, extended reach, cost savings, improved outcomes, staff satisfaction. Consider how the measure will be evaluated. Clear success measures should be identified at the beginning and be used to monitor the merger’s achievements against its original objective(s) defined in the business case.

Sarah Pearson is head of enterprise risk management at Ecclesiastical