Rob Cope: Why the sector can’t afford to drop the legacy baton now 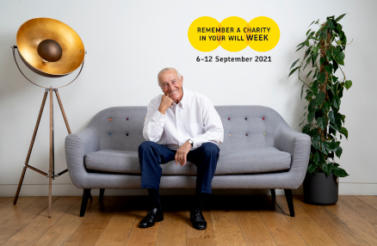 A collaborative celebration of legacy giving, Remember A Charity Week is the sector’s moment to come together and champion gifts in wills, emphasising what those gifts really mean to charities and beneficiaries. And, in that respect, this year is no different. In fact, new figures released today show that the sector has reached a landmark moment for legacy giving. Over one million gifts in wills have been donated to charities over the past decade, amounting to almost £24bn for UK charities – a colossal sum.

Over that time, legacy gifts have fuelled charities’ reserves with unrestricted funding, enabling organisations to grow, innovate and scale up services to meet rising demand. I can’t tell you the number of fundraising directors who have told me that, were it not for income from gifts in wills, their organisation would have struggled to survive the turmoil of the past 18 months.

So, here we are, at a pivotal moment for legacies, but budgets are on the line. With the pandemic having taken its toll on charities in recent months, leaders are having to make some incredibly tough decisions. Too many of those I’ve spoken to in recent weeks are facing the same challenge; asking themselves what areas of the budget they can protect and which are most likely to bring in the funds they so urgently need.

Life isn’t getting easier and neither are those choices. And the truth is that – when faced with a need to make cuts – dropping the legacy budget might seem like an easy answer. After all, will a year or so without a focus on legacies really make that much difference?

The short answer is “yes”. We are at the cusp of a legacy boom, with Legacy Foresight having just upgraded its forecast for income from gifts in wills over the next 10 years to £43bn. The baby boomer era is fast approaching, bringing an exceptional window of opportunity for legacies. And the number of charitable bequests is predicted to increase by 30% over the decade, making space for even more charities to benefit.

Legacies might not be the answer for a quick win, but they don’t necessarily mean a long wait either. Three in 10 charitable wills in the UK are written just two years before donors pass away.

Certainly, the baby boomer generation offers huge potential. But it also carries a sense of urgency; a limited period of time in which charities can act to maximise returns. Every year, people decide how billions of pounds will be allocated through legacy gifts and few can afford to be off the table while those decisions are being made.

In other words, we can’t drop the legacy baton now – not if charities wish to secure future services and ensure resilience for the years ahead. And that’s why charities’ own legacy messaging as well as the sector’s collective drive to grow the market is so important.

When it comes to the Remember A Charity week, each year, we look at what we can do bigger and better to support the sector in its drive to grow and normalise legacy giving. With a strong and direct call to action, this year’s Will you? campaign encourages everyone to consider leaving a gift in their will. After such a great response last year, we’re also bringing back the Wombles in a short animated video for a lighter approach to the topic, designed to drive up engagement.

The week gives charities, solicitors and will-writers a platform to open up conversation about legacy giving and these conversations are so important when it comes to generating crucial income for the years ahead.

We’ve all seen how fast the world can change. Who knows what the future may bring and how charities will need to adapt. But one thing is for sure, having a regular flow of legacy income will be more vital than ever.

Remember A Charity Week runs from 6-12 September 2021. Find out more at www.rememberacharity.org.uk 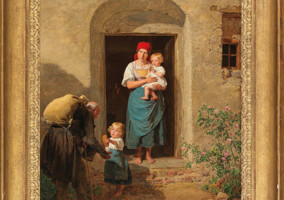 Painting seized by the Nazis to be auctioned for charity 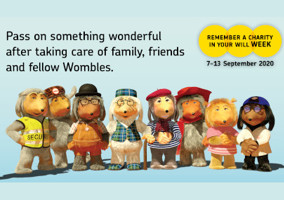