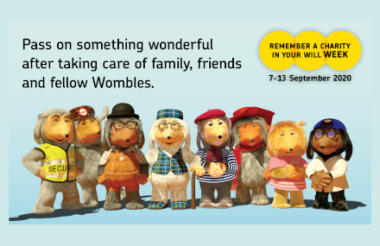 While the consortium works all year round, Remember A Charity Week is a pivotal moment when charities, solicitors and will-writers collaborate to communicate the impact and importance of legacies. But when we made plans for this year’s campaign so many months ago, it certainly didn’t include launching amid a global pandemic.

Over the course of this year, legacy income has taken on an even bigger role in the sector. When public fundraising, challenge and community events were all put on hold, income from gifts in wills enabled many frontline services to continue. Don’t get me wrong, the pandemic took its toll on legacy income too, particularly when the housing market came to a standstill in the spring and so few charitable estates could be finalised. But as the legal sector found new ways of working and markets opened up again, bequests began to flow once more and it’s never been more evident how important they are in sustaining charities now and in the future.

Without gifts in wills, countless hospices would have been at risk of closure, cancer patients may have struggled to access treatment, there would have been far fewer air ambulances and lifeboat rescues and too many of the elderly and vulnerable would have been stranded at home alone. In other words, the nation’s response to the pandemic would have been heavily depleted.

And when we look back on voluntary income in years to come, it will doubtless show that legacies contributed an even bigger proportion of voluntary income during the pandemic than in former years. Our mission is of course to grow the legacy market so that every charity can benefit from gifts in wills. But it’s important to recognise that as legacy income continues to climb over the long term, so too does competition in the market and that makes it all the more important that we encourage everyone to consider leaving a donation in their will. So what can we do to create growth in a pandemic world?

While funding shortages and the devastating news of ongoing charity closures continue, widespread reports of a rise in demand for charitable wills brings a beacon of hope. People want to ensure that their affairs have been left in good order and are re-evaluating what matters to them and how they wish to be remembered.

If the sector can work together and build on the phenomenal supporter care delivered during pandemic times and inspire the public with the concept of leaving a gift in their will now – when appetite for will-writing is at a high – this may well be a unique opportunity to grow and normalise legacy giving.

Smee & Ford’s latest figures show that 17% of wills that go through probate include a donation, but our consumer polling from last year indicated that four in ten (40%) of the over 40s say would be happy to leave a gift in their will. It certainly seems that the potential for growth is far greater.

As such, we’ll be doing all we can during Remember A Charity Week and beyond to get people thinking about their legacy could shape the world they leave behind, uniting the sector by getting as many voices on board to enthuse the nation with the concept of legacy giving.

Working together enables us to combine resources and deliver a burst of high profile media activity around legacy giving throughout the week, while developing tailored resources for charities so that they can reach out to their supporter base, with their own unique legacy message.

Digital channels have long been an important part of our campaigns – a hugely effective way of communicating with people across the country, creating easy-to-share resources that encourage others to like, engage and share, extending our reach. And, during the pandemic, when regional events or community-based activities aren’t on the cards, we’re stepping up our digital campaign and giving charities a bigger range of resources to work with, including video, press and social media tools.

In the past, some Remember A Charity Week campaigns were recognised for being particularly bold or strident, but 2020 simply isn’t the year for stunts. This year’s campaign theme is warm and nostalgic, with a short promotional film starring The Wombles. It reminds us that a legacy is ‘The Greatest Gift’, inspiring people to pass on something wonderful in their will.

We’re encouraging everyone across the sector to share the film and campaign imagery, helping to communicate just how important and accessible this form of giving really is.

Find out more at www.rememberacharity.org.uk 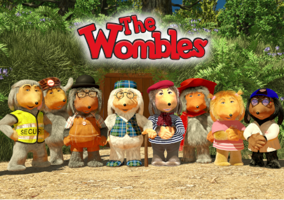 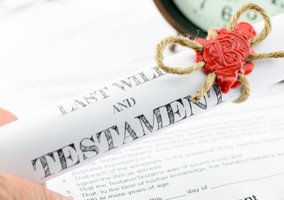