Responsibility for good practice lies with trustees, not with fundraising professionals

Isn't it the role of trustees to be the guardian of values, asks Rodney Buse, chair of the commission which established the Fundraising Standards Board. 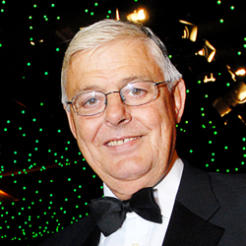 Isn't it the role of trustees to be the guardian of values, asks Rodney Buse, chair of the commission which established the Fundraising Standards Board.

Fundraisers have faced a lot of criticism of their practices recently. But we must also ask questions of the people who employ the fundraisers.

I know of highly respected charities where their contracted fundraisers are asked to call people between 9am and 5pm and required to ask at least three times for donations. Who is most likely to be at home at this time? Where does the responsibility for these decisions lie? Surely chief executives and their management team are complicit in supporting these actions.

And, what is role the trustees? Is it right to lay the blame solely on the fundraising profession?

There are, in my opinion two critical actions that might be taken that would address some of the concerns that have been raised recently:

But, perhaps the core of concerns surround the standards themselves.  As an independent body, it lies in the gift of the FSB to publish at regular intervals whether, in their view, the standards or particular parts thereof, are working in the best interests of the public and charities as a whole.

The sector (and particularly those signed up to the standards) have an interest in ensuring that actions are taken to address concerns identified. Fundraisers are professionals, and as professionals they have a duty to the public to deliver practice in the public interest (a commitment common across all professions). Standards cannot ever be cast in stone and must always work towards identifying best practice and increasing the sign-up to good practice.  The debate is about how best to achieve that.

I would need convincing that statutory regulation and a new enforcing agencies would work any more effectively, as they tend to drive minimum standards and no one should underestimate the difficulty of the task for a regulator to enforce evolving best practice.

I argue, responsibility for good practice rests with the senior management team and trustees. Let us not blame the fundraising profession but ensure that standards evolve overtime and that values play a key role in the future development of standards and fundraising practices.