Mustafa Kurtuldu: How we set up vInspired

Last week it was announced that vInspired - previously known as v - was to shut down. Mustafa Kurtuldu reflects on the process that led to its creation. 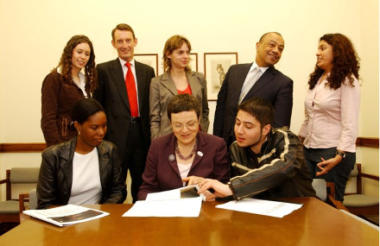 Around 2003/2004 I was working with a youth charity Known as K-Generation to the Charity Commission but Kikass to the kids who would hang out there. It was set up by a friend of mine, Neil Almond, who asked me if I would be interested going to No.11 Downing Street for an event that was looking at how to encourage young people to get involved in volunteering.

Gordon Brown, the then chancellor, wanted to look at ways we could make charitable activities more appealing, as he found that the voluntary work he did on a youth magazine had shaped him growing up. Because I had also worked on youth magazines in Hackney and Haringey, I was intrigued about the event, so I went along.

Downing Street had invited members of the White House to talk about a programme they were running and a delegation of young people who were members of that program. The main civil servant addressed the sleepy British audience with “good morning,” when he didn’t get the response, he wanted he repeated it but louder. The Brits, not wanting confrontation, repeated it back.

He then started talking about 9/11 and how it has shaped American policy and that the American government had created an accreditation system that would reward young people who completed voluntary acts. As I recall they called this something along the lines “active service,” and framed the initiative around young people's duty to their society. A lot of the rhetoric implied military-esque service that was critical to getting young people to show their value.

Of course, this was all very confusing for the young British kids in the room. Nevertheless we were bundled into a room with the American kids to talk about the type of work they had done and how we would feel about this type of “service”. Gordon Brown was a big fan of this American initiative, but it was felt that getting young people's voice was important. The Labour government at the time had launched The Big Conversation which aimed at consulting people about their views and getting the population more active in politics.

In the session room, it was quite clear that none of the British kids liked the term “service”. There was something too military and prescription about it. Context is key; the British government had just launched an unpopular war in Iraq, so anything that marginally connected itself to that was wholeheartedly rejected. Instead, we spoke about providing opportunities and moving away from the word volunteering, because it also had some negative connotations. After we had finished our session, we reported back to the adults in the room who had this time been joined by Gordon Brown himself. About four of us were elected to feedback what we had discussed; I was chosen to speak last.

From what I can remember I spoke about aspirations being the key thing we should target and not service. Then I said something along the lines of “because who would have thought four years ago that we would be in this room”

Everyone laughed, including our civil servants who seemed quite nervous until they saw Gordon laughing as well. What one of them explained to me afterward was Gordon Brown didn’t expect to still be at No. 11 Downing Street, but next door, which is why they thought it was funny.

In any case, it was clear that the American-style system wouldn’t work in the UK and so the Russell Commission was born. Headed by Ian Russell, the commission was tasked to look at ways we could encourage an extra young one million young people into volunteering activities. Ian Russell has created two committees to advise him on his proposals; one made up of leaders from business, industry and the voluntary sector, the other made up of twenty young people from all walks of life known as the Youth Advisory Board, or “YABsters” for short.

It seemed clear that a one-size-fits-all opportunities model didn’t work, as the challenges faced in Cardiff are different from the East End of Glasgow. That part of the challenge was not just the opportunities but the lack of empowerment for local community groups who wanted to run successful projects but couldn't due to a lack of resources. At this point, it became clear that an incubator that supports local communities was the right way forward. So the proposal to create a charity that would do that was put forward by the Commission.

At the time the ‘YABsters’ seemed confused. We didn’t understand why we needed another charity, I'm not sure what we were expecting; the whole process has been such a rollercoaster; none of us saw it as ever ending. Perhaps this was down to our expectations; I think most of us assumed we would form an NGO that was run by the YABsters to have fun. When none of us got jobs out of it we felt somewhat rejected, and the processed felt somewhat anticlimactic. With the benefit of time and hindsight the new charity called “v” and later “vInspired,” made perfect sense, empowering local communities to do wonderful things. In the same spirit of the YABsters, we helped create another youth advisory board that would help and support the charity in the same way we had.

During the launch of Vinspired, some of the YABsters were giving talks at third sector events, talking about the process. One such event was being launched at the Treasury offices, on the 7th July 2005, which I was supposed to speak at. London was buzzing from the day before; we had just found out that we got the Olympics, personally launching this new initiative and showing the work we had done felt this newfound optimism that the city and country didn’t often have. Tragically this was short-lived, as while on my way to the event I was caught up in the terrorist attack that took place on the London underground and never made it.

A couple of days ago one of my friends, David Floyd, whom I worked with as a co-founder of not-for-profit design company Social Spider during the Russell Commission time, sent me an email, titled the ‘end of an era.’ The email contained a link to a news story speaking of the sudden demise of vInspired. Even though I didn’t have any real contact later on with the charity, hearing this news made me feel sad.

Lots of us, from the civil servants in the Home Office and Treasury to Kikass, Gordon Brown, the YABsters, Ian Russell and all of the other young people across the country put our hearts and souls into creating opportunities. I mean I almost died in the process. The sad part of this is you will never see the full extent to how Vinspired and organisations like that achieve because a lot of the impact they have takes years. However, charities like that do change peoples lives for the better and give them hope.

The Russell Commission helped me so much, more than I can thank them for. I wish the good work we created could continue and support the next generation of young people. 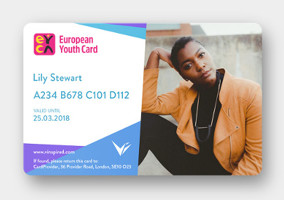 Jessica Taplin: Why vInspired is opening up the world of volunteering