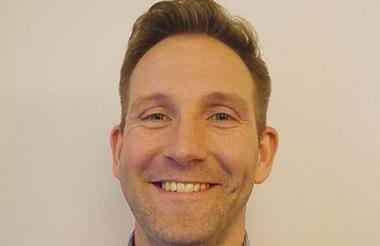 The span of distance between philanthropy and government is greater than the span of differences between the two. Government should be doing more to unlock giving, but charities and funders have a major role in helping it get there.

In recent years, government has taken some baby steps towards increasing the quantity and quality of charitable giving, but nothing that compares to the introduction and expansion of Gift Aid under the New Labour governments, or the substantial match-funding schemes which flourished under David Cameron's premiership.

Government can - and should – do more, alongside the efforts being made by the social and private sectors. As the proportion of the UK population which donates regularly to charities declines, it is increasingly important that government uses the powerful levers at its disposal to help drive charitable giving in the UK.

The role of government in this process is far from absolute, but it could be significant. Governments can help to set the tone when it comes to philanthropy, directly and indirectly encouraging individuals to give. They can also convene across sectors to unite organisations with a common purpose. And they can actively partner with philanthropists, grant-makers and charities to leverage greater funding through match-giving schemes. The UK government, in particular, can improve regulation, guidance, taxation, and the measurement of philanthropy, to make giving more effective and impactful.

Greater action by the UK government to bolster giving across the country would not only support the charity sector, communities, and beneficiaries, but also actively help the government to pursue its goals where both sides share an objective.

Lack of resource ‘the biggest barrier’

However, dedicated resource in government is the biggest barrier to creating a more joined-up approach. Currently, only a third of one civil servant’s time is committed to philanthropy policy, while a small number of civil servants in HMRC and the Treasury are responsible for some relevant taxation. It leaves the UK government without the resource and expertise required to unlock philanthropic investment.

The appointment of a senior civil servant with responsibility for driving forward the UK’s approach to philanthropy – as first proposed by the Beacon Collaborative – is essential. Fixing the resource gap is a necessary first step for government to take if it is to utilise any of the other levers within its powers.

Meanwhile, the philanthropy sector has a role in ensuring that government has access to the right expertise. It could be offering civil servants the opportunity to meet with foundations and philanthropists relevant to their areas. It could also be providing better guidance for civil servants looking to progress partnerships through match-giving. The sector would also benefit from more actively engaging with departments to avoid cross-over and share lessons. There is some effort being expended here already. But it can scale up, and it can be less fragmented.

Government and the philanthropy sector do have their differences. The philanthropy sector can be more flexible about timing. It is also able to be selective about a small number of top-priority initiatives, can take greater risks, and tends to have some stability. On the other hand, government must adhere to annual budget cycles and spending review periods. It has thousands of initiatives running at any one time, it has less risk-appetite and priorities may change with the announcement of a reshuffle or election.

But these differences are far from overwhelming. Where government and philanthropy share goals - whether it be in relation to the environment, education, mental health, levelling up or anything else - there should be greater collaboration. And unlocking greater philanthropic investment is in the interests of both.