Liz Warner: Why Comic Relief is restructuring its organisation 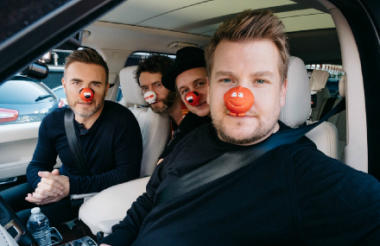 After news broke last week of a major, organisation-wide restructure at Comic Relief the charity's chief executive Liz Warner writes that the organisation cannot afford to stand still in the face of the digital media revolution.

Taking the reins of an organisation like Comic Relief is an exciting challenge and an amazing opportunity but also a major responsibility. That’s a responsibility that I feel very privileged to hold.

For over thirty years Comic Relief has captured the hearts and minds of people around the UK, helped raise awareness of the issues we care about and been part of an evolution in how charities raise money. The money it’s raised has funded some really inspiring and ground breaking projects that have helped people in the U.K. and around the world to transform their lives and their communities.

Living up to that legacy is never going to be easy but if there’s a single lesson from our success to date it’s that we can never stand still or stop trying to disrupt or innovate. The moment we become staid or part of the establishment is the moment that we lose what makes Comic Relief unique.

But what do we mean by not standing still? Put simply, for me it means that we will not rest while some of the world’s biggest problems continue to impact, destroy or end lives.

It means we’re constantly looking for the best possible partners to work with – from all sectors – to take on these problems. Partners that feel the same undeniable sense of urgency that we do ourselves.

It means we never stop learning and that we share those learnings, in the most full and transparent terms, with whoever wants them.

It means we continuously look for new ways to tell stories and engage with audiences. And it means that we don't take our voice for granted, or rest complacently on the achievements of yesterday.

Above all it means being one step ahead of the world around us. The world is changing fast, media is changing fast and people are changing fast. We can’t just rely on traditional TV channels to engage our audiences, or build relationships with new generations of supporters. And we can’t expect the same solutions to continue to be effective in tackling problems like poverty or social marginalisation when the ways those problems manifest themselves are also evolving all the time.

In practice that means that we have to continuously look for new ways and platforms to speak to people, and inspire them to support the change we want to see happen – whether by giving their time or money, or lending their voice to campaigns to change public attitudes or influence policy making. We also have to be inspiring; we have to constantly push ourselves to be bold, fresh and creative – telling the stories of the work we fund and the people we care about in the most compelling ways possible.

Being disruptive in the world around us also means being prepared to shake things up on the inside, and over the last few months we have gone through a major transformation process within the organisation.

'Some really talented members of the team will be leaving'

Going through change can be tough - especially at an organisation full of people who’ve put so much time and effort into making Comic Relief so successful. Their work has enabled Comic Relief to achieve amazing things. Inevitably with change like this, some really talented and dedicated members of the team will be leaving. It’s incredibly sad to see colleagues move on but the changes we are making are the right thing to do if we are going to build on all their achievements.

Ultimately our greatest responsibility is to use the money the public entrusts us with to have the maximum possible impact - helping transform lives and driving the really big, systemic change that will tackle the root causes of poverty and injustice.

Until those issues are resolved we will continue to challenge, to disrupt, and to innovate and we will never allow ourselves to become complacent or predictable. That’s what not standing still means. 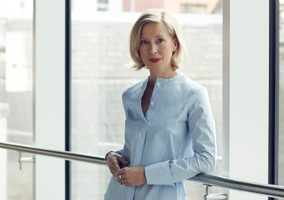