What makes a great charity? As part of his sponsorship of the Charity Awards, Andy Pitt from Rathbones met with some former winners to find out. David Ainsworth took notes. 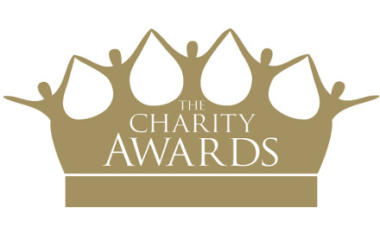 What allows some charities to stand out from the others? What factors do all great charities share?

We met with leaders from the Trussell Trust, Leap Confronting Conflict, Volunteering Matters and the Clink Charity, all of which are recent overall winners of the Charity Awards, to find out what they thought were the characteristics they all shared.

Around the table there was a broad agreement about the tenets of a really effective organisation, although some of them are easier to say than to do.

One thing which stands out is how clear these charities are about what they are trying to achieve, and why they are here.

The purpose is to serve beneficiaries, and not to just try to continue to exist, says Emma Revie, chief executive of foodbank charity the Trussell Trust. “It’s about mission over ego,” she says. “It’s important to remember why you’re there, and forget about selfperpetuation.”

Strategy and planning are key, says Chris Moore, chief executive of the Clink Charity, which runs restaurants and other projects in prisons which allow offenders to gain work skills. He advocates developing a clear set of goals, identifying what you need in order to achieve them, doing what you promise, and being realistic about what you can actually achieve.

“We said that if this was what we would do, we would do it properly,” he says. “We would have a copperbottomed approach.

“We started with a blank sheet of paper. We looked at a lot of government funding models, but a lot of that money came in vertical silos. People fell between the gaps. We wanted to make sure we were in charge of every step of the programme. We wanted to know that if something went wrong it was our fault.”

A successful charity has both a good idea and good execution, says Revie. But it’s rare that a good intervention simply appears in the mind of a founder. Much more likely is that it is based on long periods of learning from beneficiaries, and a process of trial and iteration.

“It’s not about the idea so much as the need. If you begin with the need you’re trying to address, and keep going back to that need, it should lead you to the right place.”

Change starts with beneficiaries, says Ben Kernighan, deputy chief executive of Leap Confronting Conflict, which helps young people to develop more constructive attitudes to conflict situations. “We value young people and listen to their experience. Before we develop a new programme we do a lot of listening and talking first.

“One example is that we were pushed to look at next steps for people who completed our courses. We were pushed by a young person who’d been through a course to create a progression.”

Laura Doughty, deputy chief executive of Volunteering Matters, which helps to link volunteers with those who need their services, says that you have to be willing to change and adapt, and sometimes go back and start again. Her charity, she says, went through a complete refocus as government money stopped flowing. “We had to scrutinise our business model and our activities and mission in a way that some people don’t until they’re in crisis,” she says.

“We’re now more able to articulate what we’re focused on. The whole reason for our existence is the reciprocal nature of volunteering. We want to respond to local need and offer what’s appropriate.”

Kernighan adds: “It’s important to have room to try things which might not work. For example, we’re working with groups of young men. The normal approach is to take people out of their friendship group, but it often doesn’t work. We’re piloting an approach which works with the whole group together, to get them all to behave in a more pro-social way. It might not work out, but it’s a good thing to try.”

Making mistakes is no good without learning, says Revie, and to learn you need to understand whether what you are doing is working. It’s for this reason – among others – that her charity is obsessed with the collection of data.

“Gathering data is absolutely vital,” she says. “For example, overall there was a 13 per cent rise in the need for our services last year, but in areas where there was universal credit that rose to 52 per cent. It’s crucial that we know that kind of detail – know where we’re most necessary.”

Perhaps the most crucial element of an effective charity is having the right culture. And one element of that, says Moore, is a desire for self-improvement.

“You have to constantly examine what you do,” he says. “Always ask how you can do better. You always have to have new ideas. And check you have the right data. You need to have a barometer for how people feel about you.”

A culture in which there is the correct amount of challenge, and in which everyone is heard, will always yield the best results, says Kernighan. “We’re all about conflict, and conflict is inevitable,” he says. “If there are two people in a room – even one – there will be conflict. Conflict can be constructive. It’s not always bad.

“So we expect challenge. We expect people to have ideas, and push them. If we create that kind of culture, we increase the chances that we aren’t missing things. It creates an inclusive approach where everyone is listened to.

“You have to use hierarchies in a way that doesn’t stultify challenge. You have to have leaders who don’t see themselves as the oracle – who listen and are prepared to enable conversation.”

A vital element of this is strong governance. Another is the presence of lived experience right the way through the organisation.

“The effort that’s gone into the quality of the board has been key,” says Kernighan. “We have strong trustees from the voluntary, private and public sectors, working with three young people who have been through our programmes.

“There’s diversity of skills, and people who have lived experience. We’ve worked hard to bring together people from diverse backgrounds.”

The board must be focused on the right things, says Moore. They must be strategic and provide the correct scrutiny, not get bogged down in the day-to-day.

“Use your trustees but keep them at arm’s length so they can observe from a distance,” he says. “Their role is to challenge the chief executive.”

Another vital element of success is accepting the value of core functions. Strong charities have strong processes, whether that is HR, finance or safeguarding. And they have the right technology and the right training.

“There’s a challenge that if you want to do things like evaluation and safeguarding well, then there’s a cost,” says Kernighan. “We need to recognise the value and importance of these costs. The sector needs to stop saying that 90 pence in every pound goes to the front line, or whatever. It’s an unhelpful message.”

Funding is obviously key to this. A charity can do nothing without money. So, says Revie, one thing a charity must always do is look at how it raises funds, and particularly how it raises unrestricted funds, which allow charities the freedom to act as they see best.

The most powerful model, says Moore, is one where the service pays for itself, and where multiple stakeholders benefit at the same time. He says he’s been able to expand his charity’s work by providing catering training to other disadvantaged individuals, together with homelessness charity Centrepoint. This is giving him enough unrestricted funds to expand his charity’s work in prisons.

“Grant funders are getting sick of the sight of me coming back to ask for more money to build another restaurant,” he says.

One of the most vital attributes for a charity is clear communication, says Doughty. This isn’t just with beneficiaries or donors, but all stakeholders – including the general public.

“One of your values should be transparency,” she says. “People should be able to see and say why you’re doing particular things.”

The most successful charities are highly networked and work hard on relationships with all the relevant people. Partnership working, says Kernighan, is also a key element.

“We’re always thinking about whether we can do something in partnership,” he says, “and who the partners are who might add value. It can be hard. There can be difficulties and tensions and compromises in partnership working. But it is often worthwhile.”

When communicating externally, says Revie, it’s vital to tell the story of your charity and your beneficiaries in a variety of ways. “The way we take part in the national conversation is through data,” she says. “We have 40,000 volunteers giving us data. We’ve people in village halls collecting data. Data is necessary to show the level of the problem and to argue effectively for change.

“One of our jobs is to tell stories. You have well researched quantitative and qualitative data and then you have stories, and you use them together to bring change. For me that’s the most powerful way to advocate for change. You can choose to ignore what you’re told but you can’t argue with its presence.

“It’s very important as an organisation to maintain an authentic voice.”

The job of a strong charity, she says, is not just to provide services, but to talk about the wider world. “It’s about articulating the kind of society you want to live in, and articulating how to make it happen.”

“It’s also about articulating the costs and benefits of that vision,” she adds. “These are the kinds of figures and data that we should be wrestling with.

“Caring for people properly is always significantly less expensive than picking up the pieces afterwards. But we live in a siloed society so the cost of not acting might be felt in a different place.

“We need to show people what the world we want should look like.”

A commonality of beneficiaries

The charities who sat around the table work with people facing many types of disadvantage – those in poverty, in prison, or excluded in some way by society. One question is the extent to which all charities working with disadvantaged people are tackling the same issues.

“I feel poverty underlies many of the issues addressed by other sectors,” says Revie. “It impacts on physical and mental health.

“It doesn’t have to. It’s not inevitable that people facing one disadvantage will face others. But there are vulnerabilities you’re more likely to experience if you’re poor. And people who suffer certain disadvantages are more likely to find themselves in food poverty.”

Kernighan agrees. “Charities work with people who are excluded from school, or in care, or in prison,” he says. “Nothing shows that one causes the other, but the people we work with often experience several of these disadvantages.” 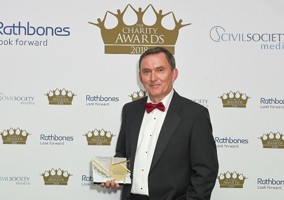 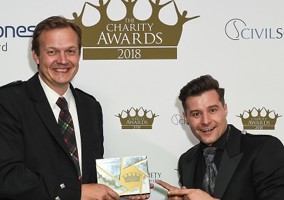 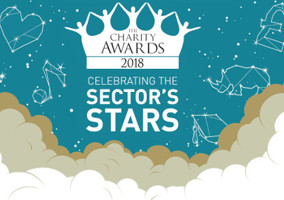 Charity Awards 2018: 'If charities aren't focused on their user, then what exactly are they doing?'