Be clear about the benefit for both charities when considering a merger, Emma-Jane Dalley, partner at VWV writes. 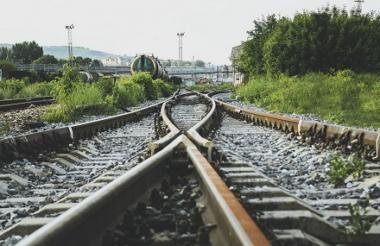 The coronavirus (Covid-19) pandemic and the resulting financial squeeze for a large number of charities has once again put the topic of charity mergers front and centre.

Early statistics show that there may have been an increase in charity mergers between March and June 2020 compared to the same period the previous year, but early figures for the period between 1 May and 31 October 2020 suggest that they may be more in line with the figures for a typical six month period.  The actual result of the pandemic on this particular issue and whether charity mergers are key to the "building back better" agenda is not likely to be clear for some time

Certainly, for many charities, some difficult discussions and decisions will be needed about how their charity adapts for the future. Part of that strategic thinking should, in our view, include the potential benefits of a charity merger.  Equally, some charities may see themselves in a stronger position and be able to approach the option of a merger as a way of further strengthening their position, increasing their geographical reach or the type of beneficiaries they can benefit.

A duty to consider mergers?

Trustees should bear in mind that their duty is to promote the objects or purposes of their charity effectively for the benefit of current and future beneficiaries.  There is no obligation to keep the charity in being or to pursue those purposes using a particular model.  As part of their strategic thinking, trustees should consider whether that objective can be best met by joining forces with another charity or looking at alternative models. Certainly, an element of objectivity is needed to do this and, in practice, this level of objectivity can often be difficult and it can take strong leadership to give proper consideration to a potential merger.

Trustees who do consider this regularly and have it on their agenda as part of their general strategic thinking are likely to be in a better position to assess whether a merger is the right step to investigate further and are also likely to make it at the best time for their particular charity.  Investigating a potential merger does not, of course, mean that one is necessarily right for the charity or indeed bind trustees to follow it through.  It simply gives the trustees the best insight into the potential options and their likely impact (good or bad) on the charity.

Where charities do consider merger as an option, the following tips may be helpful.

Both parties to a merger should be clear about what they are trying to achieve and what they will commit to in order to reach the end result in a clear and non-technical way.  The parties should identify the benefits and rationale for the merger at an early stage. For example, an ability to make costs savings, resolve issues around succession, better invest in joint infrastructure, access an increased pool of donors or bid for larger contracts. It is important to approach this assessment on a realistic basis, with areas such as e.g. cost savings, analysed carefully and in detail.

Both parties are likely to be committing significant resources to the process and need to ensure that they are on the same page in terms of, for example, the proposed structure, the main regulatory issues and commercial terms.  Often this is set out in a document known as "heads of terms", which is usually not legally binding.

Carry out appropriate due diligence

This is the process by which the parties assess the assets, liabilities and commercial position of the other party to, in short, make sure that everything is as the other party expects.  Trustees have a duty to exercise reasonable care and skill in negotiating the merger and this process is a key part of it.  Usually, due diligence will be split into a review of the legal, commercial and financial aspects and, where a charity does not have in house resource, it is important that this is carried out by experienced professional advisers.

This process will also identify whether any third parties need to be involved in the process, including the Charity Commission, members, funders or other regulators.

Once the parties have agreed the commercial terms and carried out appropriate due diligence, the legal matters related to the merger will need to be put into place - usually in the form of a legally binding agreement sometimes known as a "merger agreement".  The precise nature of this agreement will depend on the structure of the merger, but again, it is important that advisers have a good understanding of the range of structures which are available and the regulatory framework within which your charity operates.  The structure of the merger will be negotiated between the parties, but should fundamentally be based on the understanding that the parties have already reached.

Bear in mind the rationale for the merger

Be clear about the benefit for both charities of the merger and keep this in focus as the process develops.  It is important to keep a sense of proportion and realism when, inevitably, things are not as straightforward as may have been hoped or there are other setbacks.

Essentially, an effective charity merger should result in a sustainable and robust charity which not only retains the strengths of the merging parties, but seeks to minimise their weaknesses.  Cultural differences between charities can sometimes form a barrier and should not be under-estimated when planning a merger.  It can take a strong and determined board to see a merger through, but doing the best for their beneficiaries should remain paramount.

Emma-Jane Dalley is a partner at VWV 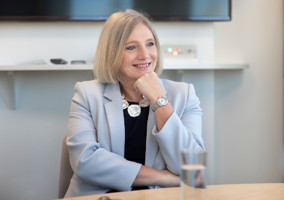 Charity regulator has not seen anticipated increase in charity mergers 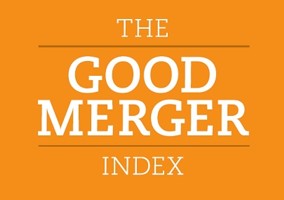 Charities urged to turn to mergers in ‘aspiration’, not just financial ‘desperation’ 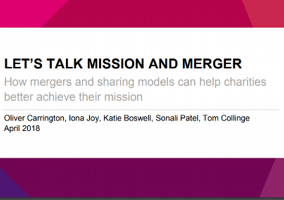 ‘Mergers are too often viewed as a consequence of failure,’ says report