Debora Singer, senior policy adviser, reflects on the the critical factors that led to a successful campaign and explains how Asylum Aid celebrated with a party. 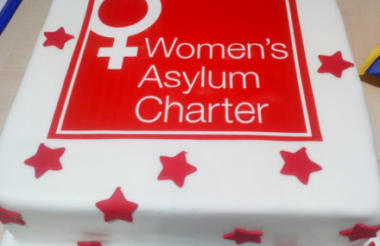 “I was not comfortable enough with my child beside me to give the details of why I claimed asylum” - Princess Adenike Lawson, protection gap advocate, Asylum Aid

When it was time for her interview, Princess had nobody who could look after her child. She had a choice to make. Give all the graphic details of what she had suffered to the Home Office interviewer, and risk traumatising her child. Or she could withhold vital information, and risk being returned with her child to danger. This is a problem which disproportionately affects women, who are far more likely to be the sole carer of children when they arrive in the UK.

The need for the Home Office to provide childcare at asylum interviews, and the huge benefit this would bring, couldn’t have been clearer. Thanks to a charity campaign, as of 2018 a single parent can have their young children looked after while they attend their asylum interview.

This means less distraction and stress for the parent during their all-important interview, and it means children don’t have to hear inappropriate evidence. But most importantly it means that the parent can disclose their experiences without fear of upsetting their children.

None of us envisaged it would take a national campaign all of 11 years to achieve childcare during asylum interviews.

It all started with the production of a campaign document. The case was made that childcare was good for women seeking asylum and for the Home Office. It meant better asylum interviews, better final decisions, and ultimately fewer costly appeals. It was in the best interests of the child. It was every campaigner’s dream.

However, information we gleaned from the Home Office told us we had a lot more work to do.  And that it would take a movement. We were told that it was up to Home Office regional directors whether to provide childcare or not. The idea of a national focused campaign went out of the window.  Unphased, we got to thinking about how we could influence at a regional level towards a national objective.

It was clear we needed a coalition of local NGOs and activists who had local knowledge of the interviewing centres across the country. We had to make sure we were on the same campaign page.

In 2007, we circulated the campaign document to 50 campaigners with an interest in women seeking asylum around the UK.  We set up a network to keep everyone informed about progress made and problems encountered.

And within a year we launched a far bigger network, the Charter of Rights of Women Seeking Asylum which now has 360 supporters. And which includes the demand for childcare during asylum interviews.

The charter has its own distinct brand so that organisations can take ownership of their activities without needing permission from Asylum Aid.

Campaigners across the country, including women with experience of the asylum system, began to lobby the locally. In response to this, the Home Office started setting up childcare in its interviewing centres. But after the first few offices provided childcare, we seemed to get stuck. And in fact some interviewing centres suspended their childcare provision. We seemed to be going backwards.

Persistence was a key critical factor in overcoming this sense of paralysis.

Having rolled the childcare campaign into the Charter we now rolled it into the Protection Gap campaign. Launched in 2014, we were encouraged when the Home Office included our demand in its action plan.

Responding to the campaign, a proactive business manager at the Home Office took on the demand with great enthusiasm. Of particular significance were that she developed a national strategy and obtaining funding for childcare on a national basis.

As a result of our campaign, since July 2018, if you are a single parent with children under five, you will be provided with childcare wherever your asylum interview tales place.

We decided this was worth celebrating. Not just to thank everybody involved. Not just to raise awareness of childcare amongst mothers seeking asylum. But to make the Home Office proud of its achievement.

We needed an event unlike our standard report launches or AGMs. The theme we hit upon was a children’s party!  As we told the story of childcare at the party we invited those who had been involved with the campaign onto the stage. This created a visual display of how many people this campaign involved. We had a cake, we had a magician.

But most importantly we had a senior Home Office manager as our guest speaker. She emphasised the importance of balancing “the need to protect your child" with "the need to tell your asylum story to give that as much justice as you can”. Her public commitment to childcare means we are in a stronger position for the Home Office to maintain it in the future.

Because of these, women seeking asylum will no longer be forced to “struggle with a child beside me”. 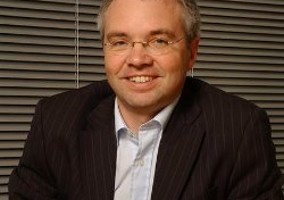 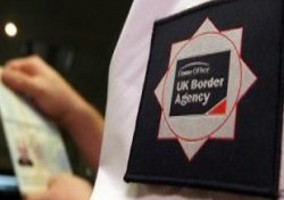