Charities should comfort beneficiaries and disturb those in power 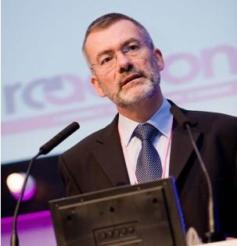 Why have foodbanks become the fastest-growing development in the local voluntary sector in recent years?

Household bills have increased dramatically, particularly on utilities. Incomes have stagnated or fallen. Job cuts or reduced hours, benefit changes like the bedroom tax and the council tax and the brutal and sometimes incompetent application of sanctions have, in various combinations, battered those who are already on low incomes with increasing ferocity. People are struggling and hungry but still, why a foodbank?

Why not a JobCentre picket, a flashmob at Westminster or a coordinated protest across the phone-ins, letters pages and election meetings? Why not a Poor Peoples' March?

Why, in short, are foodbanks the iconic movement of our time and not Stop Hunger – the people’s campaign to end poverty in Britain?

Local newspapers once delved and campaigned, councils resisted the rate cap, tenants organised, unions marched in numbers, and these forces of democratic challenge were widely supported. UK Uncut continues to demonstrate the power of direct action whilst Citizens UK, Avaaz and Hope not Hate show that it is still possible to engage large numbers in different ways and win the argument. Some voices, large and small, are regularly raised but Oxfam, Taxpayers against Poverty, Greenpeace and indeed some foodbanks are amongst the exceptions. They are not the rule. For different reasons civil society has been losing its voice in recent years.

I think the voluntary sector, to the extent that it is definable at all, has a responsibility to both comfort and disturb. We do the comforting well in enough in 2014 but what of the disturbing? Ministers would have us say less but in truth we haven’t said enough. We don’t all have to do everything all the time but between us we need keep challenging, keep exposing, keep pushing forward. My first and biggest plea to the sector for the coming years – recover the mojo, raise the voice, revive the anger.

This takes me to my second point. It is increasingly difficult to define “the sector.” Legislative changes, new forms of contracting and a rippling Animal Farm effect has produced charities that try to look like businesses, businesses that try to look like charities and lots of organisations that are mutuals and social enterprises, and academies and CICs and not quite one thing or the other. If these diminishing distinctions have helped to reduce the failings and weaknesses on all sides it may not be an entirely bad thing but it has also meant that it is increasingly difficult to speak about a “voluntary sector” as if it were a discrete entity and it has become especially challenging to design policy for it.

Whether we submit our returns to the Charity Commission or to Companies house isn’t really the distinction that government ministers and opposition leaders are interested in when they talk about the voluntary sector and about, for instance, trying to find new ways of commissioning that engage more charities. What they are interested in is our values, how we work as well as what we do.

Those of us that still think of ourselves as occupying this space need a new way of defining it and we should begin with those values. A set of principles including “not for personal profit” at the top of the list would sort the wheat from the chaff. Signing up to those principles and demonstrably living them out would be a more useful guide to character and purpose than constitutions and legal status but of course the values need to be the right ones. We need a serious, sector-wide conversation sooner rather than later. What are the criteria that collectively define us and on which we would wish to be judged?

Rediscovering our voice and redefining the sector, are big jobs for busy people but long overdue. No organisation, in any sector, has the right to survive if it can’t keep pace with the times. The world is changing around us. So must we.