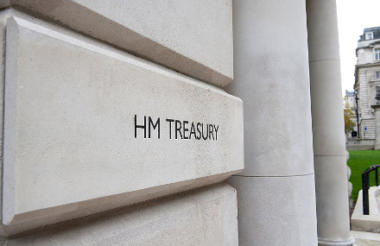 The revelation that a military charity received Libor funding following the recommendation of a high-profile Conservative minister is just the latest in concerning reports of government funding, says Alice Sharman.

Last year the now-minister for Brexit David Davis wrote to George Osborne, then the Chancellor of the Exchequer. The correspondence read as Davis pulling favour for a charity he supported, Care After Combat, founded by comedian Jim Davidson.

Four months after that letter was sent, Osborne announced in the Autumn Statement 2015 that Care After Combat would receive £1m in Libor funding.

Since then, the Charity Commission has started to look into whether some of this money may have gone towards Davidson's salary, and whether that was an appropriate use of funds. But even without that scrutiny, this kind of behaviour ought to ring alarm bells.

When an MP writes to the man in charge of the government's chequebook, seeking preferential treatment for a charity he supports, and the charity then receives a considerable chunk of what is on offer, we cannot help being slightly suspicious that public money is being distributed to charities because of patronage, rather than merit.

Although it is often not the charities who are to blame when questions are raised about government grant funding, the charity has not helped dissuade people from this impression, either. Care After Combat hosted a stand at the Conservative Party conference this year, and it says on its website that it was lucky enough to meet several ministers to discuss the charity, including David Davis. As far as I can tell, the charity made no appearance at any of the other party conferences this year.

George Osborne’s letter to Jim Davidson, which informed him that his charity would be receiving £1m in Libor funding, followed the same theme as his Budget announcements. It was littered with personal pronouns a-plenty, and made it clear that this kind of charitable funding was viewed by the Chancellor as within his personal gift. Writing "I would like to inform you of my decision to commit £1m", "my intention has always been", and "I have made a series of banking fines announcements". I have written before about how this sort of language brings more questions than answers as to how exactly funding decisions are made.

When asked about this letter, a Treasury spokesman said it was not uncommon for MPs from any political party to write such letters in request for funding for certain charities or causes, suggesting a view that this is an acceptable basis for the distribution of funds.

However, in light of the now-infamous demise of Kids Company, perhaps discreet lobbying for funding for pet causes by influential people should be uncommon.

It was only last year that the awarding of public money by government to pet charities was making the front pages. No-one can forget the Kids Company scandal, where the charity continued to receive funding even while on the brink of collapse.

Arguably, government's role in the collapse of the charity has not had the scrutiny it deserved. Why did successive Prime Ministers feel it was acceptable to plough tens of millions into an organisation with so little oversight?

Yet after Kids Company there has been little reform. It's hard to discover how Libor funding is handed out, and it has already caused concern in some parts of Whitehall. The Public Administration and Constitutional Affairs Committee (PACAC) report, The Collapse of Kids Company, suggested that there could be some concerns around the awarding of Libor money.

It said: “The government should consider whether sufficient safeguards are in place to ensure that the Libor Fund is administered in line with these principles of objectivity and transparency.”

We have to question whether the Libor Fund meets the principle of transparency, and the behaviour of the Treasury has done little to reassure on this point.

When a response arrived, much of the requested information, including information on how the decision to make the funding was made, was exempted under section 35(1)(a) of the Act – it being “related to the formulation or development of government policy”.

The Treasury said that in this case it considered that disclosing the information held, which relates to the approvals process for funding, “would or would be likely to prevent officials from conducting rigorous and candid assessments of the options available to them, and that disclosure might close off discussions and the development of better options now and in the future”.

It added: “Clearly this would not be in the public interest, the interests of the government or charities. Taking these public interest balance reasons into consideration we conclude that the overall balance lies in withholding the information.”

This seems odd, however. If the Treasury has a clear process of deciding how grants are awarded, what could be the harm in revealing it? Most large grantmaking organisations - even those which do not announce their grants live on television - manage to disclose their processes, and still carry out "rigorous and candid assessments".

This leads one to suspect quite how "rigorous and candid" these assessments actually are.

In reality, it is not that bad. The project summary and grant agreement received as part of this FoI request show that there are measures in place to protect public money. But why has the Treasury been so reluctant to show us this?

Additionally, there does seem to be some evidence that work is being done to make the application processes clearer than it previously was. The Treasury made an announcement in September that it was taking open applications for funding before today’s Autumn Statement. If this has happened previously it was definitely not so well publicised.

But we should be seeing more transparent grant-giving across all of government, where the application process, assessment criteria and performance measures are all openly available to anyone that wants to see them - without the six-month wait. If foundations and non-departmental public bodies such as the Arts Council can do it, surely so too should government departments. But as the government promised a "fundamental review" of how it makes grants to charities in January, perhaps that is still to come.

But, as today’s Autumn Statement – the first with the new Chancellor - is likely to bring us a new flurry of awarded Libor funding, we shall see if that really is the case. 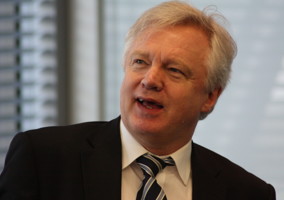 Alice Sharman: The Libor process is murky, but it is not the charities who are to blame 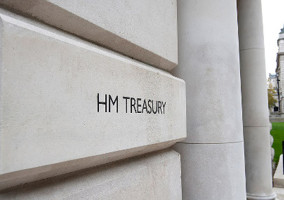 Is the application process for Libor grants fair?