Young people aged 16 to 24 are twice as likely to want to volunteer as other age groups but many charities are reluctant to recruit them, the chief executive of the Scout Association told Parliamentarians yesterday. 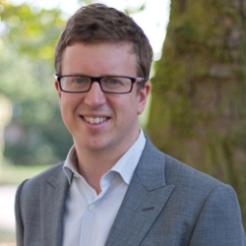 Young people aged 16 to 24 are twice as likely to want to volunteer as other age groups but many charities are reluctant to recruit them, the chief executive of the Scout Association told Parliamentarians yesterday.

Speaking at a session of the All Party Parliamentary Group on Civil Society and Volunteering in the House of Commons, Matt Hyde said his charity’s research showed a very high appetite for volunteering at younger ages.

“The appetite for volunteering is twice as great among young people aged 16 to 24,” he told the meeting, which was focused on youth volunteering. “The research shows that generation Y and generation Z want meaning in their lives.”

He said young people were optimistic and wanted to change the world, but there was a reluctance among charities to take on young volunteers, and particularly to appoint young trustees.

Joe Irvin, chief executive of local infrastructure body Navca, agreed with Hyde’s comments. He told the meeting the sector had “an appalling record when it comes to encouraging young people onto trustee boards”.

He said he felt the sector had “a long way to go” to adequately encourage young people into volunteering.

Hyde said the sector needed to “seize the potential” of young people.

“How do we see young people not as problems to be solved, but as assets to be invested in?” he said. “How do we develop a civil society that respects and empowers young people?”

Further education is a fertile ground for recruiting more volunteers, he said.

“I think the greatest opportunity to increase volunteering exists in further education,” he said. “The infrastructure already exists in higher education.”

He said that there were more people in further education than in higher education, but they received less support to volunteer.

Hyde also said that there was a huge surge in interest from corporate employers who had “got it” and wanted to support volunteering among their staff. He likened it to changes in environmental attitudes, and said it was being driven by HR departments who felt that staff volunteering helped with motivation and retention.

“We’re seeing a huge head of steam building among corporate employers,” he said. “They’ve realised that if they want a motivated workforce, they need to offer not just things like flexible hours, but the chance to make a contribution to the community.”

The idea that social investment can be used to help youth charities overcome funding difficulties is “just smoke and mirrors” Hyde said.

Speaking during a discussion on whether social impact bonds could be used to address a crisis in funding for youth work, Hyde said he did not think it was a suitable method for funding small charities working with young people.

He said he did not support “borrowing or leveraging funding when you’re looking at cashflow on a regular basis”.

He said he had not heard stories of charities using social investment effectively.

“I’m sure there are some good stories out there but I’m yet to hear them,” he said.