Who’s Moving: RSPCA, Walking With The Wounded, RNIB and more 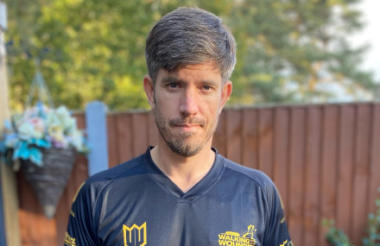 Brian Wood is an ambassador for Walking With The Wounded

Wood has previously partnered with Royal British Legion which sells his Keep Attacking clothing line. The soldier was falsely accused of committing war crimes in 2009, an experience he immortalised in the novel Double Crossed, which inspired the BBC Drama Danny Boy.

The former colour sergeant commented: “I am excited and honoured to have been appointed as an ambassador for WWTW.  I have supported the charity for years and I know they continue to support so many people who need it. Keep Attacking!”

Homelessness charity Shelter Cymru has appointed Mike Theodoulou as its new chair of trustees. He will take over from Shayne Hembrow in March 2022.

Theodoulou is national chair of One Voice Wales, which represents town and community councils in Wales. He is CEO of the social justice charity Centre for Building Social Action and is mayor of Pembrey and Burry Port.

On his appointment, Theodoulou shared that his motivation for joining the homelessness charity stemmed from his own lived experience: “When I was 17/18 we were made homeless. I was the oldest of five siblings and I watched my mother trying to raise five children, trying to feed five children under difficult circumstances until I started earning. That had a huge impact on my life.”

The Wildfowl and Wetlands Trust (WWT) announced that Sarah Fowler will become its next chief executive. Fowler succeeds Martin Spray, who retired from WWT in 2020 after sixteen years. Kevin Peberdy was interim CEO throughout the pandemic, and Fowler will take over the role in March 2022.

Fowler joins from Peak District National Park, where she is currently the CEO. She has a history of environmental work, as she worked in various senior roles in the Environment Agency for over nine years. She has been CEO at the Peterborough Environment City Trust, head of water policy at the RSPB and head of water and wetlands at English Nature. Fowler began her career with WWT in 1991 as a water research officer, and now returns as its CEO.

Crown Foundation, a fundraising non-profit that supports children’s charities, welcomes four trustees to its board. The charity is an offshoot of the Crown Partnership, an events, hospitality and catering company.

The four new trustees all work with Crown Partnership:

The new team is planning events to raise funds for Crown Partnership’s chosen charities, which include Starlight, Marie Curie and Make-A-Wish Foundation.

Literacy charity The Reader has appointed three new trustees to its board:

It has also appointed two new board members to the community interest company that oversees the social enterprises that generate income for the charity:

The Oral Health Foundation (OHF) has announced its new president, Mhari Coxon. She succeeds dentist Ben Atkins, who has been president of the board for the last two years. Though Atkins is stepping down, he will remain on the board of trustees.

OHF’s new president worked in dentistry from 1992-2010 where she changed career paths into healthcare marketing. She is currently healthcare and prescription marketing lead at Johnson & Johnson.

Debu Purkayastha is also board of directors at the University of Cambridge and University Hospitals Birmingham NHS Foundation Trust. He is on Unilever’s advisory board and TaDaweb’s investor board. He was a principal at Google for six years.

Ambitious about Autism and its Schools Trust has appointed seven new trustees. Its Schools Trust is an exempt charity which focuses on advancing school’s resources for autistic children and young people.

Former chair of the Chartered Institute of Fundraising Amanda Bringans has been appointed to the RSPCA’s board. She replaces Barbara Gardner, who retired in late 2021.

She is currently freelance executive, leadership and life coach whilst she studies for a Masters degree in Psychology. She has worked at charities such as Battersea, British Heart Foundation and Macmillan.

Bringans received an OBE for services to charity in the 2022 Honours List.

Children’s charity Lumos has appointed Carol Copland as its new chair. She succeeds Neil Blair, who occupied the role since 2013.

Copland has been on Lumos’s board of trustees since 2017 and runs her own legal practice. She is a commercial lawyer with experience at Metaswitch Networks Ltd and Linklaters.

Health charity The King’s Fund has appointed five new trustees to its board:

The new trustees were chosen from 80 candidates who applied for the roles.

New director of fundraising for RNIB

Chris Jarrett joins sight loss charity RNIB as its new director of fundraising, succeeding head of fundraising Alex McDowell who occupied the role while a full-time appointee was recruited.

Jarrett joins from Sense where he acted as group director of engagement. He has over 20 years’ experience in fundraising leadership roles in charities like British Heart Foundation, The Prince’s Trust, Breast Cancer Now and more.

Gurjar will lead the charity and external affairs portfolio. Previously, Gurjar was director of brand and marketing and interim fundraising at Barnardo’s. She has also worked with the charities Girlguiding, Scope and RNIB. She is currently a trustee of MND Association.

Parker will be working as Hft’s chief commercial housing officer. She has experience as a managing director at Birmingham Women and Children’s Hospital and director at Joseph Rowntree Foundation and Abbeyfield Society.

Podium Analytics, a charity dedicated to preventing incidence and injury in sport, has appointed former tennis player Debbie Jevans as a special advisor.

Jevans was head of the Birmingham 2022 Commonwealth Games Bid and CEO of 2015 Rugby World Cup. Jevans was named Football League’s first female chair in 2018. Currently, she is a trustee of Invictus Games Foundation and the EFL Trust.

Children’s Heart Surgery Fund (CHSF) has appointed Claire Daniels as a trustee of its board.

Alcohol Change UK, a charity that aims to reduce the harm caused by alcohol, has appointed two new directors.

Ailar Hashemzadeh joins as director of research and public affairs. She currently works as public affairs manager at charity Versus Arthritis until she takes up the position at Alcohol Change in late January. Previously, Hashemzadeh worked as a public affairs officer at Breast Cancer Now and a campaigns officer for Labour Campaign for Human Rights.

Adrian Gaughan becomes a board member and is currently director of strategy and propositions at Experian.

Jamil Ismail joins as a board member and is a director at Petherbridge Bassra Solicitors in Bradford.

Restoration and conservation charity the Beaver Trust has appointed Sandra King as its new CEO. She succeeds James Wallace, who has held the role for almost three years.

King takes up the role in February. Currently, she is chief philanthropy officer at Community Foundation Tyne and deputy CEO at Wear and Northumberland. Previously, she acted as chair of Northumberland Wildlife Trust.

Dara de Burca will become Alzheimer’s Society’s new director of operations on 1 April 2022. She succeeds Helen Foster, who stepped down last year to become a director at the Duke of Edinburgh Award Scheme.

Burca is also executive director of youth impact at the Children’s Society. She is a qualified social worker and has previously worked for Young Lives vs Cancer as its director of services.

The charitable watchdog, Fraud Advisory Panel, has appointed Sir David Green as its new chair. He replaces David Clarke, who left the role after three years.

Green was formerly the director of the Serious Fraud Office for six years, and has been director of Revenue and Customs Prosecutions Office. Before this, he was a barrister for 25 years.

The Equality Trust campaigns against economic and social inequalities, and has appointed Dr Zubaida Haque as its new executive director.

Haque said: “We have some significant challenges ahead: Covid-19 has exposed the consequences of structural inequalities in our society, but we are also faced with increasing levels of poverty in the UK as working families face the triple whammy of higher energy prices, higher taxes and rising inflation in 2022. We still have far to go with addressing inequalities, but I am very excited to be leading The Equality Trust in this next phase, and I am looking forward to working with a dedicated board and an inspirational team.”

The bowel cancer charity welcomes Richard Anderson as its new chair after the departure of Patrick Figgis, who stepped down last month after eight years on the board.

Anderson has a background in healthcare and life science communications. He is co-founder of Sciad Communications, a science, health and tech agency, and was chair of Burson-Marsteller’s healthcare practice for Europe, Middle East and Africa for over two years. The new chair first became involved with the charity in 2013 as a trustee.

In March Tim Arthur will take up the position of chief executive at The Royal Academy of Dance. He succeeds Luke Rittner, who retires after 23 years in post.

He has previously been CEO of Cardboard Citizens, a charity that creates theatre with and for homeless people. He has been artistic director of Trinity Theatre in Tunbridge Wells and is a playwright. Anderson has worked at large companies Virgin Money and Time Out as creative director and global CEO respectively. 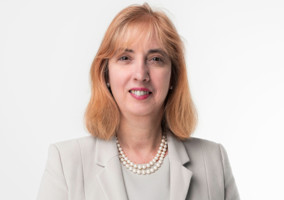 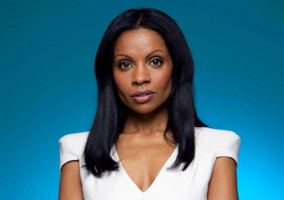 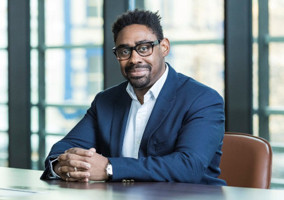