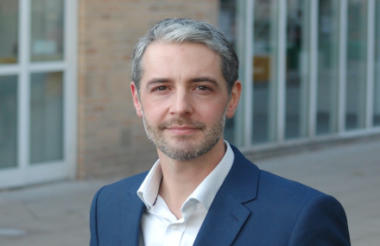 UK-based humanitarian charity, Muslim Aid, has appointed Kashif Shabir as its new chief executive. He has been the charity’s interim chief executive since April 2020.

Shabir initially joined Muslim Aid as director of transformation and strategy to work on the charity’s future direction.

Shabir said, “I am humbled and honoured to have been given the opportunity to lead Muslim Aid, a formidable institution within the Muslim community. The past few months and years have been challenging ones for both the board and the amazing staff, both previous and current.

“They have continued to serve humanity despite the personal and professional difficulties of the pandemic. The dedication and perseverance of the team and our loyal supporters has made this decision an easy one, and I hope that I can do them and our beneficiaries around the world justice”.

I CAN appoints new chief executive

I CAN, the children’s communication charity, has appointed Jane Harris as its new chief executive from the 1st of April 2021.

She joins the charity from the National Autistic Society where she is director of external affairs and social change.

In her new role she will build on the charity’s three-year plan which highlights the impact that speech, language and communication skills has on children’s development and their life chances.

Fischer is an experienced chief executive of cultural organisations and is the Hildegard Behrens Foundation Global Humanitarian Entrepreneur of 2019.

Swann has over twenty years’ experience devising and managing inclusive music programmes at Chelsea and Westminster Hospital and the London Symphony Orchestra, and most recently, Live Music Now where she was previously Musicians' development director and director of the South East branch.

Greig Sharman has been appointed chief technology officer for the NSPCC.

He joins the NSPCC from the University of Leeds, having previously been their IT executive and deputy director of information technology.

Sharman will ensure modern digital capabilities are woven into the organisation’s future strategy and that the charity makes best use of emerging technologies. He will lead the NSPCC’s new technology directorate.

RNID has appointed Andrea Vogel as their new head of people.

Vogel brings a wealth of HR experience to this pivotal role, having previously worked at a senior level at both British Red Cross and BBC News. She was also the head of people and achievement with War Child UK for three years.

Vogel has also worked internationally as a HR Business Partner at the International Committee of the Red Cross and as the Staff Welfare Officer for the United Nations Volunteers (UNV) program in Sudan.

Prisoners Abroad has appointed Nick Prettejohn as its new chair

Nick Prettejohn takes over from Richard Price as chair of Prisoners Abroad, after Price's seven-year term finished in December 2020.

Prettejohn is also chair of Reach plc and Scottish Widows, part of Lloyds Banking Group, where he also sits on the board. He has been involved in several charities over the last 15 years, particularly focussing on musical causes.

He is just stepping down after 9 years as chair of the Royal Northern College of Music.

Prettejohn said: “I passionately believe that a vital measure of a civilised society is the kindness and respect that we show to all people, irrespective of their past deeds or current predicament.”

“The work of Prisoners Abroad demonstrates both civilised compassion and respect for human rights in a wonderfully practical and valuable way. In our current world, where uncertainty and loneliness are a reality for even more people than in normal times, our work is equally even more needed. I am thrilled to be involved in making sure the positive impact I have seen first-hand can continue.”

Cancer Research UK has appointed Ian Walker as its executive director of policy, information and communications.

Reporting to Michelle Mitchell, chief executive, his new role sees him take responsibility for Cancer Research UK’s work as a trusted source for clear and up-to-date cancer information, alongside driving forward the charity’s efforts to influence government policy, particularly on key areas of prevention and early diagnosis of cancer.

He joined the charity 15 years ago. In his current role as director of research, he has held responsibility for all of Cancer Research UK’s c.£350m research funding budget.

Walker said: “I’m very much looking forward to taking on this role, leading Cancer Research UK’s policy, information and communications directorate.  Like many people, cancer has affected my family and I know only too well the devastating impact this disease can have. In the face of huge disruption to cancer care and research, one of the most inspiring aspects of this new role is the opportunity to help make a real and immediate difference for those affected by cancer.”

Watson has a long association with Future Men, first volunteering for the charity in 2009. She joined the board in 2018.

Watson sits on the executive leadership team at Moonpig responsible for all HR and most recently has taken co-ownership of sustainability.

The board oversees all strategic and operational decisions taken by NCS Trust.

Brett Wigdortz, chair of the NCS Board, said: "I am so pleased that we have such talented and highly experienced professionals joining the NCS Trust Board.

Pilotlight board appoints new board members

Geraldine Anyanwu, Katherine Mathieson and Mei Li Powell are to join the Pilotlight board.

Anyanwu is client development director at media company Global, which owns radio stations Capital and LBC among other properties, and founder of a social enterprise to promote diversity in education and careers.

Mathieson is chief executive of the charity British Science Association and has worked with Pilotlight recently to support the Doncaster-based charity Active Fusion.

Powell is chief operating officer at the medical research charity, Borne Foundation, and is a former chief marketing officer for Citibank.

Asthma UK and the British Lung Foundation have appointed two new trustees to the board. The charities merged on 1 January 2020 and these are the first appointments since the merger.

Caroline Cartellieri has over 25 years’ experience in e-commerce, digital strategy and marketing. Her previous roles include that of chief commercial officer of Ennismore, chief digital officer at Sun European Partners and director of digital transformation at glh Hotels.

Hulston is the chief operating officer at national youth charity, Catch22 and Smart is a social entrepreneur, campaigner and youth leader.

Kevan Collins, chair of the YEF Committee, said: “It’s vitally important that all the Committee's decisions are grounded in a deep knowledge of the issues, evidence and experiences of young people. Naomi and Junior bring lived experience of youth violence, as well as an understanding of how to prevent it.

“Their passion, wisdom and critical eye will play a fundamental part in helping vulnerable young people get the very best support possible. I’m thrilled they’re able to join us.”

He continues to act for the Fund in an advisory capacity and represents the Fund’s interests as director of The Oversight Trust (formerly Big Society Trust). He is also a non-executive director of Beatfreeks Arts, a Birmingham based social enterprise supporting young people into employment through Arts activities.

Prior to joining the National Lottery Community Fund, he was finance director at BBC News Group, and is a member of the Chartered Institute of Management Accountants. 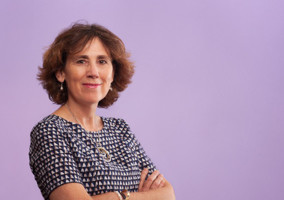 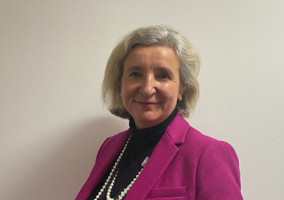 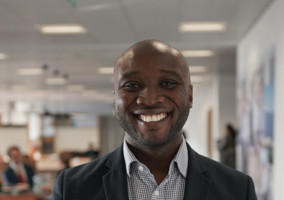 Who’s Moving: The Church of England, RSPCA, RNID and more