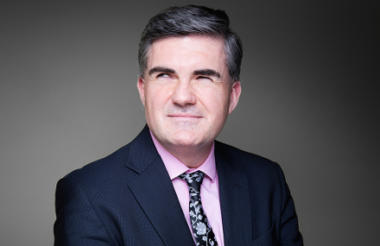 Neil Heslop (pictured) has been appointed chief executive of disability charity Leonard Cheshire. He starts his new role in October.

Heslop, who lost his sight aged 21, is currently managing director of RNIB Solutions and is also co-founder and trustee of Blind in Business.

In a 20-year career, he has held senior roles in the telecoms industry in North America and the UK.

SeeAbility chief executive, David Scott-Ralphs, is departing the charity in September and will be replaced by current managing director of Dimensions UK, Lisa Hopkins.

Scott-Ralphs will take up a similar role at St Wilfrid’s Hospice, Eastbourne.

The chief executive of the Cystic Fibrosis Trust, Ed Owen, has announced he will step down from his position in October after more than four years at the helm.

The Trust underwent a period of change during his time at the helm, with the introduction of a bold, new impact-focused research strategy. The recruitment for Owen’s successor will begin shortly, the charity said.

Lincolnshire Integrated Volunteer Emergency Service (LIVES) has appointed its first chief executive Nikki Silver to lead the charity into its next phase of growth.

Parkinson’s UK has appointed Julie Dodd as its first ever director of digital transformation and communications - responsible for maximising the potential of digital to transform the lives of people with or affected by Parkinson’s.

Dodd is the former creative director at the BBC and will take up the position in August.

Chief Executive Officer of Department of Coffee and Social Affairs, Ashley Lopes, has been appointed trustee of the development charity Pump Aid. Lopes is the founding member of the Central London Rough Sleepers Committee (CLRSC) and director of the Afri-CAN Charity, which provides employment and training in South Africa.

Hutchings, a former police officer, has been involved with the charity for 46 years and was formerly deputy president.

The charity’s members elected Mark A Smith to replace him as deputy president.

The appointments are part of the charity’s three-year plan to help “more people, more effectively”.