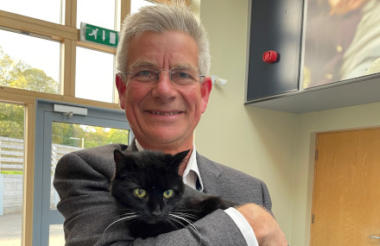 Charles Darley has been appointed as the new interim chief executive at Cats Protection, the UK’s leading cat welfare charity. He joins from senior leadership roles at The Church of England, the National Centre for Social Research and more.

Chair of Cats Protection, Linda Upson, said: “It’s a pleasure to announce the appointment of Charles who has a track record of leading growth and transformation across more than a dozen charities.”

Upson said: “We’re excited to have this new group of experts join the charity and bring their unique talents and perspectives. Together they will help continue to position Cats Protection as the UK’s leading cat welfare charity.”

BBC Children in Need, which hosts the UK’s leading annual charity telethon, has appointed Sandeep Bhamra and James Fairclough to its board of trustees.

The chair of BBC Children in Need, Rosie Millard, said: “I’m delighted to welcome Sandeep and James to our board of trustees. They will bring a wealth of experience to the board which will greatly benefit the charity in the coming years, as we continue to change the lives of disadvantaged children and young people right across the UK.”

Scottish Huntington’s Association, a charity exclusively dedicated to supporting people whose lives are impacted by Huntington’s disease, has appointed two new trustees to its board.

Professor Lorna Milne has joined from the University of St Andrews, where she works as deputy principal and master of the United College. Professor Milne stressed the importance of “increasing improvement to the lives of Huntington‘s patients and their families” and said it is “a privilege to join such a committed group of people in this important work.”

Gillian McNab, a palliative care nurse from Strathcorron Hospice, has also became a trustee. Gillian tested positive for the gene that leads to Huntington disease over ten years ago, and commented that the SHA is “the charity closest to my heart”.

Nuffield Health, the UK’s largest healthcare charity, has appointed two new governors to its board. Dr Junaid Bajwa is a chief medical scientist at Microsoft Research and a practising physician at the NHS, with 15 years of experience working across care and public health settings. Mark Stansfeld has over 30 years of experience in telecoms and digital economy. He is currently chairing the Department for Culture, Media and Sport’s largest 5G trials.

Dr Natalie-Jane Macdonald, chair of Nuffield Health, said: “I’m delighted to welcome Junaid and Mark to the board. Their background and experiences will complement the existing board with different experience, knowledge and connections that will be invaluable to the charity.”

Chilterns MS Centre welcomes Stella Kubale as the new head of fundraising at the organisation. The small charity provides support to people who are living with multiple sclerosis.

Kubale has over ten years’ experience working with national charities, including the Royal National Lifeboat Institution and Samaritans.

Kubale said: “My uncle was diagnosed with multiple sclerosis at a young age and so this position feels like the perfect opportunity to use my skills to support a local charity which I know makes such a difference to people’s lives.”

Simon Williams has been announced as the new CEO of Anaphylaxis Campaign. He succeeds Lynne Regent, who retired from the post in August 2021.

Williams joins from HEART UK where he was head of external affairs.

Williams said: “I am really excited to lead a dedicated team at the Anaphylaxis Campaign and to work very closely with the wider community and organisations so there are no more unnecessary deaths and hospitalisations through severe allergic reactions.”

The new staff are:

Joanne Popham, the CEO of the Paul Popham Fund, said: “The organisation is extremely glad to welcome another two new team members. Our continued expansion shows a very promising future for the charity meaning we can help more and more people who are affected by kidney disease.”

A charity for increasing social mobility in young people, SMF, has appointed Lee Cain to its board of trustees.

Cain, the founder of strategic advisory firm Charlesbye, has had prior experienced as the director of communications at No.10 Downing Street for prime minister Boris Johnson. A political strategist, he has been an advisor on multiple campaigns including the 2019 General Election and 2016 EU Referendum.

Alan Milburn, chair of the Social Mobility Foundation,said: “I’m delighted that Lee is joining the board of the SMF. He brings considerable expertise and experience in communications, campaigns and advocacy along with a deep personal commitment to social mobility and creating opportunities for young people, no matter where in the UK they were born. We are determined to make sure the increased prominence of the social mobility agenda translates into real change for young people and Lee’s insight and support will help us to do that.”

Mayday Trust has appointed Alex Fox OBE as its new CEO, who will be joining the team early next year.

Fox joins Mayday from Shared Lives Plus, an adult social care charity. He succeeds Pat McArdle, who stepped down in August this year after leading the charity since 2010.

Julie McEver, chair of Mayday, said: “The board is thrilled to have been able to appoint Alex as CEO. We look forward to welcoming Alex and supporting him to evolve the work of Mayday and drive the mission forward.”

Elizabeth Grossman, the chair of DataKind, said: “The board is thrilled to welcome Lauren to DataKind. She is an accomplished leader, helping organisations realise their full potential. She also has an impressive track record building partnerships and of working in service of communities. As the world faces challenges in areas such as health, resilience, equity, and opportunity, Lauren and the DataKind team will continue to help accelerate the impact of the organisations and individuals on the front lines of tackling these challenges.”

Children’s rights charity NYAS has appointed Diane Cogan as the new national executive director for Legal Services at NYAS. A children law specialist, Cogan has experience as a solicitor and a social worker.

Rita Waters, group CEO of NYAS said: “I am delighted to welcome Diane to NYAS and onto the executive management team. Diane’s experience and leadership skills will be vital in continuing the strategic development of our legal services and I look forward to working with her to strengthen our established reputation in family law.”

Sector support organisation for creative and cultural education in North West England, Curious Minds, has appointed Saphena Aziz as its new director of inclusion. A writer and theatre maker, Aziz has 20 years of experience in Liverpool’s art sector. Her new role at Curious Minds will focus on delivering inclusion programmes.

Curious Minds’ CEO, Derri Burdon, said: “Saphena’s work in the arts sector has been aligned with that of Curious Minds for a long time and we couldn’t be happier to welcome her into the staff team. Now, more than ever, we’re sharpening our focus on inclusion and social justice. Saphena’s experience and expertise will be absolutely key to this. We’re lucky to have her!”

The Felix Project, London’s leading food redistribution charity, has appointed Charlotte Hill OBE as its new CEO. Hill previously worked as a chief executive at Step Up to Serve and UK Youth. She was awarded her an OBE in the 2019 New Year’ Honours List for services for young people.

Gavin Darby, The Felix Project’s chair of trustees, said: “Charlotte brings such a breadth of experience in the charity and campaigns sector, along with a great passion for the work The Felix Project does to tackle food waste, hunger and insecurity in London. Her leadership will be pivotal for The Felix Project as we take our next steps forward as an organisation.”

Upon her appointment, Hill said: “I am delighted to join The Felix Project as their new CEO. Sustainability and food poverty are two of the great challenges of our times and The Felix Project is doing incredible things to address both key issues in London. It is exciting to join such a dynamic, innovative charity addressing these pressing societal issues where there is such demand [...] I’m excited to bring my experience in the voluntary and youth sectors to Felix, helping to engage the next generation around the circular economy, reducing food waste, and ending food poverty.” 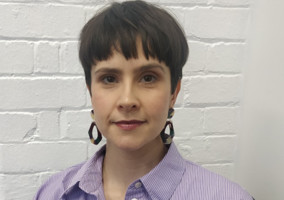 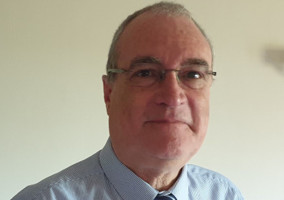 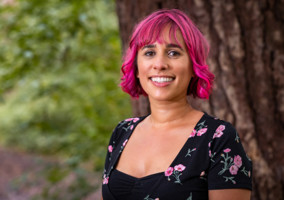