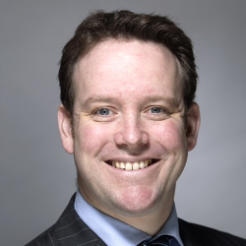 Unicef UK has announced that Michael Penrose will be replacing David Bull as executive director of the charity.

Penrose (pictured) will join the charity in May from French humanitarian charity Action Contre La Faim where he is currently the chief executive.

Penrose will replace David Bull, who has worked at Unicef UK since 1999. Bull will remain at Unicef UK until June, to assist Penrose with the handover.

On his appointment, Penrose said: “I’m thrilled to be joining Unicef UK and am honoured to be taking over from David Bull whose work has had an enormous impact on some of the world’s most disadvantaged children”.

Brook, the sexual health charity, has appointed Helen Marshall as its chief executive. She replaces Simon Blake, who left the charity last May to head up the National Union of Students.

Marshall, who will take up her new role in April, is currently the chief executive of youth charity Ambition. Marshall has led Ambition since 2010.

In a statement released last week, Marshall said that she was “excited to be joining Brook and leading the next phase of growth and development”.

Grant, who is currently the chief executive of Impetus-Private Equity Foundation, will take up her new role with PBE in April.

She has over ten years’ experience as a chief executive in the voluntary sector. Prior to working with Impetus-PEF, Grant led the scaling up of the National Gardens Scheme and was also chief executive at Surrey Community Action.

The National Skills Academy for Financial Services (NSAFS) has appointed Peter Pledger as its chief executive.

Pledger joins the skills development charity to replace Sylvia Perrins who has retired. He has over 20 years’ experience of working in the education and training sector.

The Myton Hospices has announced the appointment of Ruth Freeman as chief executive.

Freeman joined the Warwickshire-based charity in 2006 as its director of fundraising and has been acting chief executive there since November 2015.

Freeman has worked in the voluntary sector for over three decades and joined Myton from Barnardo’s, where she had been head of partnerships.

Blears, a former Labour MP for Salford from 1997 to 2015, is set to replace Stephen Bubb, chief executive of Acevo, in the role from April.

Blears said she was “extremely proud” to succeed Bubb as chair of the organisation and was “excited” to start working with the team at SIB.

The Prison Reform Trust has appointed James Timpson as the new chair of its board of trustees.

Timpson is also the current chair of the Employers Forum for Reducing Reoffending and is chief executive of Timpson, a shoe repair business.

He replaces the Rt. Hon. Lord Woolf, who has taken up a new honorary role with the trust, after serving for four years as chair.

WRAP (The Waste and Resources Action Programme) has appointed Anne Jenkin, Baroness Jenkin of Kennington to its board of trustees.

Baroness Jenkin, who has been a member of the House of Lords since 2011, is also the vice chair of the All-Party Parliamentary Group on Food Waste and is also a trustee of Feeding Britain, a poverty charity.

Baroness Jenkin is the wife of Bernard Jenkin MP, who is chair of the Public Administration and Constitutional Affairs Committee.

Cancer Research UK has appointed Professor Sir Bruce Ponder to its board of trustees.

Ponder is Emeritus Professor of Oncology at Cambridge University and a founding director of CRUK’s Cambridge Research Institute and of the Cambridge Cancer Centre.

He was knighted in 2008 for services to medicine.