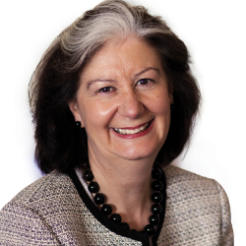 GroceryAid has announced that its director general Gillian Barker (pictured) is set to retire at some point later in the year.

A spokeswoman for the charity said that the process of replacing Barker has begun, and that the charity expects to make an appointment in the role at some point in autumn.

Sacha Richardson has been appointed as director of family services at bereavement charity Winston’s Wish.

Richardson, who is a registered psychotherapist, joins Winston’s Wish from the Laura Centre in Leicestershire, where he was director of therapeutic services since 2007.  He was also chair of the childhood bereavement network from January 2008 to April 2015.

Neighbourly.com has appointed Steve Haines as head of community engagement.

Haines joins from Save the Children International, where he was previously the global campaign mobilisation director. Haines also spent time as an advisor to the United Nations.

Fiona Ritchie has been appointed as a trustee for the Voluntary Organisations Disability Group.

Ritchie, who is managing director of Turning Point’s Disability services, was invited to join the board after an election process.