The Welsh government has suspended funding to the Minority Ethnic Women’s Network which is currently subject to a police investigation and has gone into liquidation. 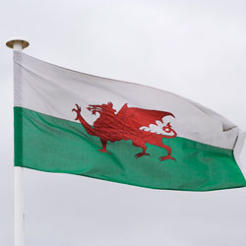 The Welsh government has suspended funding to the Minority Ethnic Women’s Network after police launched an investigation.

Minister for Communities and Tackling Poverty, Jeff Cuthbert, told Welsh Assembly Members in a letter that it had suspended funding to the Minority Ethnic Women’s Network (MEWN) Swansea as a result of the police probe.

Neither Cuthbert nor police explained why the investigation had been launched, although the letter said there was “no evidence” that any Welsh government or European funding had been used inappropriately.

The charity, which has received just under £500,000 of Welsh government and EU funding, has already gone into liquidation.

MEWN is a small charity engaged in outreach work and has been involved in a number of European-funded projects in partnership with the YMCA and Sova.

It is the second charity focused on ethnic minorities in Wales which has had its government funding terminated in recent years. In 2012 the Welsh government suspended funding to the All Wales Ethnic Minority Association after a series of abuses.

The Welsh government said in a statement that it "is aware of a police investigation into MEWN Swansea and is taking proportionate measures to protect the interests of beneficiaries, the organisations concerned and public funds".

It added: "It would be inappropriate to make any further comment while the investigation is ongoing."