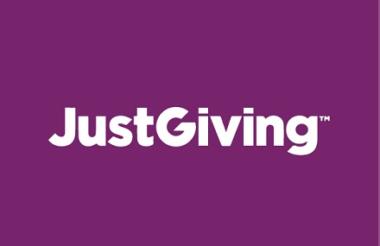 Shortly afterwards a rival platform, Virgin Money Giving, joined the criticism on social media, before being accused by charities of being opportunistic.

More than £32m has been raised by Colonel Tom, with Gift Aid donations increasing the total to around £39m.

On Friday The Sun reported that JustGiving’s Gift Aid “rake off” was £308,683, and called on the fundraising platform to waive its fees.

The Sun wrote: "It is sickening seeing anyone profiteer during the pandemic, let alone a website set up to facilitate charity fundraising. But JustGiving has hived off £308,000 in charges from the magnificent £32.7m  Colonel Tom Moore raised from generous Brits for NHS staff.

"We’re all making sacrifices at present. It’s time this firm chipped in too. JustGive it back.”

JustGiving charges charities a 5% Gift Aid reclaim and processing fee, but this is optional and charities can choose to claim Gift Aid themselves.

It also charges a payment processing fee, set at 1.9% + £0.20. JustGiving states that this accounts for the varying costs of processing different payment types. If the donation is made in another currency, then the processing fee is 2.90%.

A spokesperson for JustGiving said: “We have all been inspired by Colonel Tom and we are very proud to have donated £100,000 directly to NHS Charities Together. This is the largest donation in our history.

“Claiming Gift Aid back at scale is a complex procedure, which JustGiving makes simple for those charities which choose to use our service. By helping organisations like NHS Charities Together raise more cash while substantially cutting their administration costs, we ensure millions more reaches good causes than was previously possible.”

Institute of Fundraising: ‘We are disappointed with the comments made about JustGiving’

The Institute of Fundraising said it was “disappointed” with the comments made about JustGiving.

“Everyone wants charities to benefit as much as possible from the generosity of the British public, as well as from Gift Aid.

“But fundraising costs money, whether it’s publicising your cause, facilitating donations, administrating Gift Aid, paying staff to support volunteers or using an online partner like JustGiving. Without the technology and innovation that JustGiving have brought to fundraising, the efforts of Tom Moore and millions of others would not have been nearly as successful as they have been.

“The costs associated with raising money and administering Gift Aid in this way are far outweighed by the overall value to the thousands of charities who choose to partner with JustGiving to help them raise funds.”

Virgin Money Giving: 'We agree with the Sun'

In a much criticised tweet, Virgin Money Giving said: "We agree with the Sun no fundraising platform should take a cut of Gift Aid. And whilst you can't run a fundraising website for free, you can do it without making a profit..."

Numerous fundraisers and other charity professional questioned the tone of the tweet, with many jumping to JustGiving’s defence.

The Small Charities Coalition said it would no longer be working with Virgin Money Giving and made a formal complaint.

It said: "We, along with a large number of organisations and agencies, are absolutely outraged at your public attempt to capitalise on the misrepresentation offered by the Sun and the government earlier in the day."

So following on from the @VMGiving issue yesterday, we have just sent this to them as an official complaint

We must not allow for uncharitable behaviour to remain unchallenged. https://t.co/8OEPpqMsot pic.twitter.com/z1poQIuk5z

"While we stick by what we said, we removed the tweet as we didn’t want the timing to detract from Captain Tom and his wonderful fundraising effort." 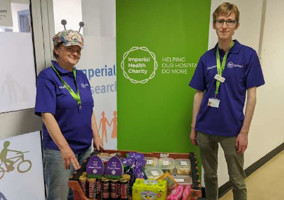 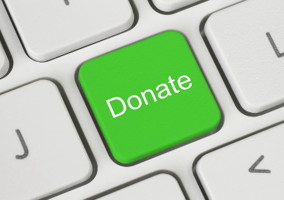 Online evolution: How giving platforms are adjusting to a changing environment

Giving platforms are adapting to better serve the market. Harriet Whitehead looks at how.