The Big Society “is a big con”, Unison’s General Secretary Dave Prentis, will warn at its conference A Future for Civil Society later today. 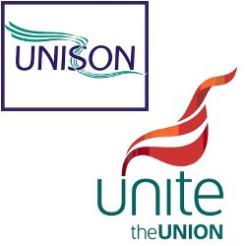 The Big Society “is a big con,” Unison’s General Secretary Dave Prentis, will warn at its conference A Future for Civil Society later today.

Leading figures from the country’s unions will converge with members of civil society at the conference hosted by the TUC and Navca this afternoon, but the tone has been set by Prentis and Unite the Union’s General Secretary Len McCluskey.

Prentis will say that the Big Society is being used as “a smokescreen to cut public services” and that “the voluntary sector is being devastated by the withdrawal of grants, slashing of contracts and the latest VAT increase”.

McCluskey, who heads the UK’s largest union, Unite, has claimed the extent of damage equates to a 40 per cent, or £5bn public sector funding cut to the sector.

“The coalition needs to urgently review the funding of the sector in the light of mass devastation of essential services to some of the most marginalised people in our society,” he said in advance of the conference, adding: “The electorate were conned into the Big Society mirage.”

The Big Society’s “short-term fantasy” of using volunteers to undertake professional roles has become “an enduring nightmare for those charities on the precipice of bankruptcy”, he added, claiming that volunteering itself has been placed in jeopardy:

“The funding crisis which we have warned about for the last year will mean there is no edifice to support the Big Society ethos of volunteering.”

The sentiment will be echoed by Prentis who will warn that volunteering numbers have been falling for the last five years and smaller charities in particular are at risk.

McCluskey says that time is running out for UK charities:

“If George Osborne does not address the crisis facing this sector by his budget on 23 March, many charities will go to the wall and that will be the death knell of the Big Society,” he said.