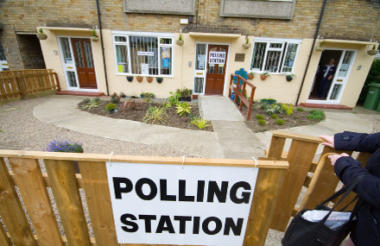 Sector representatives have today sought reassurances from government about the likely impact on UK charities of leaving the European Union.

Earlier this week Rob Wilson, the minister for civil society, warned that leaving the EU would exclude UK charities from access to a funding pot worth £13bn between 2014 and 2020. In 2014 charities received over £200m from EU funding.

The result of the referendum on the European Union, which saw 52 per cent of voters say they want to leave the EU, was announced early this morning. And sector leaders were quick to warn of a period of uncertainty for charities and express concern that the potential economic turmoil will negatively affect them and their beneficiaries.

Acevo has repeated its call for leaders of the Leave campaign to respond to its concerns about charities’ funding.

Asheem Singh, interim chief executive at Acevo, said: “Without urgent reform, Brexit will prefigure concrete cuts to community funding. It is time for immediate talks between third sector leaders and the government to ensure this shortfall does not result in immediate and real harm, and to create a roadmap to reform of social protection legislation.”

Caron Bradshaw, chief executive of the Charity Finance Group, has written to Rob Wilson, the minister for civil society, asking him to meet with sector representatives to “discus the potential implications of leaving the EU for our sector”.

In a statement Bradshaw added: “It is important that the government does not forget about our sector in the midst of all this change. Charities are major employers and contributors to our society, we must make sure that the voice of our sector is heard and our needs taken into account. Any changes must not hamper our sector’s ability to serve our beneficiaries.”

The Charities Aid Foundation urged the government to meet any shortfall in funding to UK charities that comes about as a result of missing out on EU funding, and to ensure that London’s status as a “global hub of philanthropy is maintained”.

John Low, chief executive of the Charites Aid Foundation, said: “In the short-term, the cloud of uncertainty hovering over the nation’s finances will have an impact on charities and their ability to help some of society’s most vulnerable people. It will be vital for the millions who benefit from the support of charities that government addresses this quickly. A strong and stable economy is a crucial factor in people and businesses feeling able to donate to good causes.”

NCVO has said the sector must be involved in key discussions over the coming months.

In a statement on the umbrella body’s website, Sir Stuart Etherington, chief executive of NCVO, urged the sector to play its part in “healing” the divisions that have arisen throughout the referendum process. He said: “My message today is that you should consider what more you can do to bring communities together, whether working with other voluntary organisations or with other civic institutions. Outreach and inclusivity in our practices matters now more than ever.”

But he also warned of the damage that further economic uncertainty could do to the sector.

“Further years of economic difficulty would scarcely seem like a change to young people who have known nothing else” he said. “But they would mean more years of struggling to fulfil our organisations’ complete potential to do good, more years of seeing people struggle in the face of hardship. We can only hope for skilled and thoughtful leadership in the coming weeks and months in order to avoid the worst of the financial predictions.”

NCVO will publish a detailed briefing outlining the implications of Brexit for charities shortly.

Debra Allcock Tyler, chief executive of the Directory of Social Change, said: “Divided votes can divide nations. As charities we must make sure that we don’t allow politics to divide us.  We must focus on our beneficiaries.  We must lead by example and demonstrate compassion and understanding to those who think differently to us.  That is what makes us special.”

Sir Stephen Bubb, director of the Charity Futures Programme, said the result provoked questions about whether the sector was in step with the views of the English people.

“The charity sector supports a tolerant and inclusive country, and I wonder what this says about the relationship between charities and the rest of the country, after a nasty, xenophobic campaign,” he said. “I think there should be a reflection among charity leaders about whether they should have been more outspoken in favour of the values they believe in.”

Bubb also said that the resignation of David Cameron was bad news for the sector. He said any replacement leader of the Conservative party was likely to be less sympathetic to charities.

“David Cameron believes in an inclusive society,” he said. “I’m not sure there is any replacement to lead the party who has any sort of feeling for the charity sector.”

Dan Corry, chief executive of NPC, echoed Bubb’s sentiments. He said: “The government will now be tied up for months negotiating what happens next, sucking time and energy away from making sure charities are in the best position to make a social impact. With news that the Prime Minister is stepping aside his life chances agenda, in which charities have been promised a central role, will be one thing that loses out.”

Paul Palmer, professor of voluntary sector management and associate dean for ethics, sustainability and engagement at Cass Business School, told charities not to panic about the financial market’s reaction this morning, which has seen sterling fall its lowest point against the US Dollar in 30 years, as “all historical indicators show that markets rally”.

But he added that said: “It is also possible the sector will experience a ‘double whammy’ of financial losses particularly if government funding has to be further reduced, donations from the public fall as donors feel less wealthy and, if house prices fall this is likely to have an impact on legacies.”