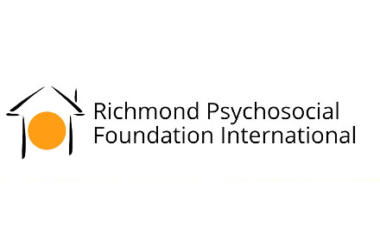 Richmond Psychosocial Foundation International (RPFI), where a resident took her own life in 2016, exposed residents to “significant avoidable harm”, the Charity Commission concluded.

The Commission published the findings from its statutory inquiry today, which found that three former trustees were responsible for misconduct and mismanagement. Two have voluntarily agreed not to act as charity trustees or senior managers, whereas the third died in 2019.

In May 2016 19-year-old Sophie Bennett took her own life while in the charity's care.  After the coroner’s report concluded in February 2019, the Charity Commission opened an inquiry into the RPFI.

Disruptive changes to management and staff

The coroners report in 2019 found that abrupt changes to management at the Lodge contributed to Sophie’s death.

“These changes were chaotic and resulted in a deterioration in care for residents,” the Charity Commission's report said.

Inquest, a charity that supported Sophie's family, said she had told her family the changes made her feel like she was in a “boot camp”.

Inquest also said that before her death, Sophie self-harmed and disclosed she was having suicidal thoughts to the Lodge’s staff. Furthermore, staff did not follow advice from a crisis line to take Sophie to hospital.

The Care Quality Commission (CQC) assessed the service in March 2016 following these changes and deemed it “inadequate”.

The CQC prosecuted RPFI under the Health and Social Care Act 2008. In March this year, the healthcare charity was fined £40,000 in relation to Sophie’s death and the Lancaster Lodge’s registered manager fined a further £3,000.

Failed its duty of care

Throughout its inquiry, the Charity Commission found the RPFI had:

A new board of trustees is now in place at the charity. Lancaster Lodge was closed in 2017, but RPFI still runs another home.

'Lessons must be learned from this case'

The Charity Commission urged other charities to make sure that they don't make the same mistakes as RPFI.

Helen Stephenson, chief executive of the Charity Commission, said: “Sophie Bennett's death is a tragedy and the circumstances surrounding it remain deeply distressing.

“Our findings are serious, and sobering: the former trustees of RPFI presided over decisions that, in a matter of months, turned a home rated ‘good’ by CQC into one in which residents were unsafe.

“No official inquiry can turn back the clock and change what happened in 2016. But we can and must ensure lessons are learnt from this case. We urge trustees of charities that care for vulnerable people, like Sophie, to consider the findings of this inquiry, and to examine their own systems, structures, and indeed the expertise and competence of their board collectively to ensure they meet their legal duties.”