Trust in charities is at its lowest point since 2007, with charities now less trusted than supermarkets, according to the latest edition of a regular survey of attitudes to charity. 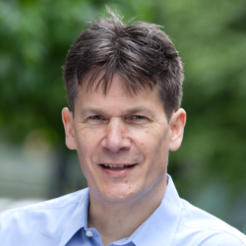 Trust in charities is at its lowest point since 2007, with charities now less trusted than supermarkets, according to the latest edition of a regular survey of attitudes to charity.

nfpSynergy, which carried out the Charity Awareness Monitor research, said it showed that the negative coverage over the summer had “taken its toll” with people who said that they trusted charities “a great deal” or “quite a lot” falling from 53 per cent in spring 2015 to 48 per cent in the autumn.

Since the research agency started tracking trust in 2006 the only other time that trust has fallen below 50 per cent was July 2007 when it was 42 per cent. The agency said there was no obvious reason for the result.

When compared to other sectors charities have fallen from eighth place to twelfth and are less trusted than supermarkets, TV and radio stations and the Royal Family.

Other institutions such as the police and schools saw their trust levels remain stable or increase slightly.

Joe Saxton, founder of nfpSynergy (pictured) said: “These are sad results if not surprising given the recent coverage of charities. The image of charities and their activities have had six months of unprecedented negative coverage in a number of areas.

“We can only hope that the work on the new fundraising self-regulation regime and the NCVO-Acevo partnership to promote ‘brand charity’ are able to get going as quickly as possible.”

The research consultancy regularly surveys a representative sample of 1,000 people.