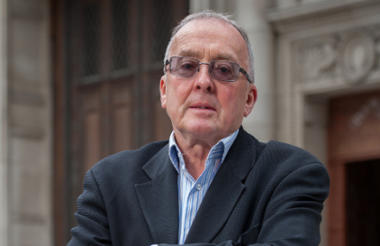 Sir Stephen Bubb and Sir Stuart Etherington both warned last night that the traditional charity governance structures may no longer be appropriate for the largest charities.

Giving a lecture last night, titled Charity Governance in Crisis, ahead of the launch of his new Charity Futures project later this week, Bubb said that progress on the executive level had not been matched at board level and that a rethink was needed.

“Is the structure that is undoubtedly good for the vast majority of our 165,000 charities right for those large organisations that have grown in size and structure so much that they almost resemble a new category?” He asked.

“As a sector we have made huge progress at the executive level on professional pay, on training, on career development and on understanding the concept of proactive leadership. However this is not matched by similar progress at board level.”

He suggested a unitary structure where the executive and non-executive are both the directors of the organisation may be more appropriate for large charities and called for a charities to be able to take a more flexible approach to their own governance structures.

He said: “We live in a system of ‘comply or jump through a hundred bureaucratic hoops’ if we want a flexible or unorthodox governance arrangement.”

Sir Stuart Etherington, chief executive of NCVO, was on the panel. He agreed that governance structures were “not keeping pace” and that a “one-size fits all approach” was no longer appropriate. He said that those £100m-plus charities “needs model of governance that reflects” their situation.

He also raised the prospect of compulsory training for trustees of specific types of charity.

Even though pre-2008 there was “quite a lot of investment in capacity building, thinking about good practice in board recruitment” more needed to be done, particularly to encourage younger people to become trustees.

Etherington added that his organisation’s experience of carrying out a review into sector pay showed that “people have a perception of charity that is relevant for 90 per cent of the sector”.

Rosalind Oakley, executive director of the Association of Chairs, raised the issue of the voluntary nature of trusteeship and said it needed to be “carefully thought through how our governance pays testament to that history”.

In response Etherington said: “We need to move cautiously - so that we don’t lose something in the transition to different model.”

Paul Farmer, chief executive of Mind and chair of Acevo, who was chairing the event, said that it was important for sector leaders to find time to think about “the long view” and that this issue “will be the defining conversation for our generation of charity leaders”.