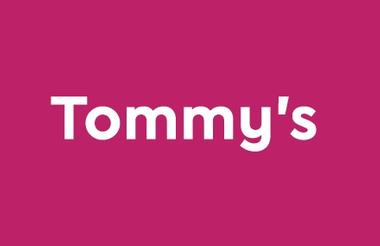 Tommy’s, the baby charity, has taken the Overall Award for Excellence at this year’s Charity Awards for its Miscarriage Matters campaign, which convinced ministers to scrap a hugely damaging health policy that required women to have three miscarriages in a row before they could access basic treatment or support.

Tommy’s was chosen as the overall winner by this year’s judges from a total of 10 category winners; it also won the top prize in the Campaigning & Advocacy category. The charity was presented with the two awards at a glittering ceremony at the Royal Lancaster London last night.

Underpinning the Miscarriage Matters campaign was a five-year study into the impacts of miscarriage across the UK, the results of which were published in three articles in the prestigious health journal, the Lancet, in April last year.

This paved the way for a multi-faceted national campaign to inspire policy changes that are expected to transform care for thousands of families and saves thousands of babies’ lives.

As well as a survey of 3,500 families, a petition for change and production of a policy report, the campaign comprised government and stakeholder briefings, organic and paid-for digital marketing, media releases, celebrity and influencer involvement, and fundraising.

In June 2021, three months after the campaign began, the government announced policy changes including that miscarriages will be officially counted and recorded, and that round-the-clock emergency miscarriage services would be a priority in the new Women’s Health Strategy.

Tommy’s will continue to build relationships within government to ensure that this happens.

NICE also updated its guidelines to include Tommy’s recommendations, helping clinicians and patients to make decisions about treatment and potentially saving the lives of up to 8,500 babies each year.

And in future families will no longer have to endure three miscarriages before they can access any support or care.

Su Sayer, chair of the Charity Awards judges, said: “We were bowled over by this amazing work and the fact that every aspect of this campaign was so carefully thought through.

“What really struck home to me was that as a result, far fewer women will lose their babies before they reach full term, and there will be far-reaching and ongoing support to those who sadly do suffer the loss of an unborn child. Thank you, Tommy’s, for a brilliant campaign.”

Charity Awards judge Paul Streets, chief executive of the Lloyds Bank Foundation for England and Wales, praised the use of data and human stories to bust myths, and commended Tommy’s for raising awareness of the previously unrecognised inequalities around miscarriage that are suffered by Black and ethnic minority families.

Peter Hugh Smith, chief executive at overall awards partner CCLA, congratulated Tommy’s on its win and said: “The Charity Awards represent the pinnacle of charitable endeavour, and CCLA is delighted to support the Awards and to help promote the fantastic work that the sector is doing across the UK.

“This year’s competition was as stiff as ever and all the category winners deserve enormous credit. Tommy’s campaign was a worthy winner among winners and demonstrates beyond doubt that the charity sector really can change the world.  Huge congratulations to their team.”

Tommy’s: 'Award will spur us on'

Accepting the award last night, Tommy’s director of marketing Lizzie D’Angelo said: “A big thank you to all of our incredible supporters who have been with us on this journey and who are there by our sides making sure that pregnancy and baby loss isn't forgotten and it is on the national agenda. And we are all working so, so hard to create change.

“And just a huge, huge, thank you. I am so overwhelmed. This is absolutely incredible.”

In a video link broadcast to the room, Tommy’s chief executive Kath Abrahams said that winning the award would “spur us on to keep pushing for change”.

“At our request, thousands of people are writing to their MPs as we speak to make sure miscarriage does feature in the upcoming Women's Health strategy,” she said, “and we won't stop making a noise about this until these essential changes are made across the UK.”

Alongside the nine other category winners and the recipient of the Daniel Phelan Award for Outstanding Achievement, Tommy’s was presented with its two trophies at the ceremony hosted by writer, comedian and political commentator Ayesha Hazarika.