The Cabinet Office has announced the three charitable organisations which have won the tender to run its small charities fundraising training programme. 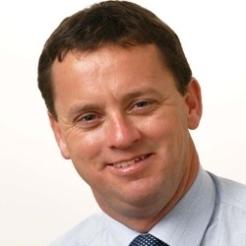 The Cabinet Office has announced the three charitable organisations which have won the tender to run its small charities fundraising training programme.

In a statement released by the Cabinet Office yesterday, the Foundation for Social Improvement in partnership with the Small Charities Coalition and digital fundraising platform GlobalGivingUK were announced as the three organisations which will run the programme.

The three providers will, according to the Cabinet Office statement: “provide opportunities for small charities, from face-to-face training, to intensive one-to-one advice sessions, skilled volunteering matches and webinars”.

The programme is set to roll out in February and will run until June 2016. Each of the three winning providers have won a share of the £100,000 grant offered by the Cabinet Office when the programme was first announced in the September Budget.

The FSI will be running training courses and workshops, as well as offering one-to-one advice clinics. The Small Charities Coalition will provide a volunteer mentoring service, while GlobalGivingUK will offer crowdfunding workshops and webinars.

Specific details of courses, workshops and services have been published on the organsiations' websites (linked above).

Rob Wilson, minister for civil society (pictured), said: “This programme will enable small charities to enhance their fundraising know-how, giving them access to the resources they need. By signing up, they will be better placed to support their communities, increase their revenues and help us build a bigger and stronger society.”

John Barrett, acting chief executive of the Small Charities Coalition said: “As part of our ongoing commitment to support all small charities, we are very pleased to be able to partner on this campaign in making high quality practical training accessible to as many small charities as possible.

“We know the fundraising knowledge and skills gained from this programme will benefit all participants and their organisations greatly both in confidence and their ability to raise new funds.”