The government will go ahead with proposals for employees to receive three days of volunteering leave, the minister for civil society said yesterday in his first keynote speech of the new Parliament. 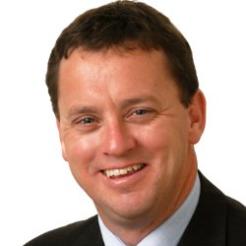 The government will go ahead with proposals for employees to receive three days of volunteering leave, the minister for civil society said yesterday in his first keynote speech of the new Parliament.

Prime Minister David Cameron made a pledge in the last Parliament that a Conservative government would offer up to 15 million workers three days’ paid leave for volunteering.

He proposed that every public sector worker and anyone working in a company with at least 250 employees would be entitled to the volunteering leave.

But there had been some doubts as to whether it would go ahead after no measures to introduce it were included in the Queen's Speech.

Speaking yesterday, Wilson said: “We put at the heart of our manifesto a commitment to three days of paid volunteering leave for employees in large organisations. Many companies do this already but we’ll make this a reality for more people – a new entitlement for millions which will unleash a new wave of skills, capability and passion to help others.”

Wilson also spoke of the government’s further commitment to volunteering, with plans to “substantially grow” the National Citizen Service, and “intensify support” for Step Up To Serve’s #iwill campaign – which provides increased youth social action opportunities to “encourage a lift time habit of volunteering”.

Rob Wilson was speaking about the government’s vision for a “bigger and stronger society” yesterday in front of a number of charity sector professionals at the Coin Street Community Centre, London. He revealed the government’s four-point plan for the future of civil society.

He said: “First, we need a confident and capable voluntary sector, armed with the skills it needs to meet the challenges ahead.

“Second, we want to see more social action and volunteering, with community participation embedded in our lives from school days onwards.

“Third, increased levels of giving, and more social investment, helping people who want to use their money to transform lives to connect to organisations who can put those funds to work.

He said the government will make further investment in the Centre for Social Action, a government initiative to fund volunteering projects.

He said he has been working with “hospitals, the voluntary sector and communities around the country, backing programmes where volunteers support those in need and improve outcomes and help reduce pressures on hospitals”.

Wilson also said that the Charity Commission has, in the past, “been too lax in tackling serious abuses of charity, which risks undermining public trust”. But, he said, that is “changing: the Charity Commission is now taking a much more robust approach to tackling serious abuse, and the bill will give it the tools it needs to do its job effectively.”

The minister also confirmed a commitment to rapidly extend the “scope and reach of social impact bonds in 4 priority areas: youth unemployment, mental health, homelessness and children in care”.

He said that the government will scale up the Centre for Social Impact Bonds in the Office for Civil Society, and continue investment in its Social Outcomes Fund.

Among other commitments, Wilson also confirmed that the much-delayed Local Sustainability Fund was now open, but with only £20m worth of funding – half the amount originally anticipated.

Following his speech, Wilson replied to a question on whether the future of the Office for Civil Society is under threat by saying that it still has a “huge amount to contribute not just to the sector but to wider government”, adding that he “thinks it will be continuing to do that for a long time”.