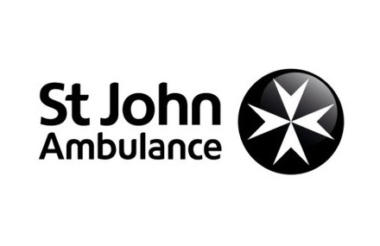 St John Ambulance could run out of money in the next four months without government support, according to the charity’s chief executive Martin Houghton-Brown.

Houghton-Brown issued the warning yesterday while giving evidence to MPs on the Digital, Culture, Media and Sport Committee, who were meeting to discuss the impact of the coronavirus on charities.

Houghton-Brown told the committee: “Our entire organisation is now delivering for Covid-19. Quite frankly, if the support doesn’t come, we will run out of money.”

The charity’s trustees will have to make “very difficult judgments about the future of St John Ambulance” in the next few months, he added.

“With the NHS money which has been deployed so far we think we can keep going until August,” he said.

Without additional emergency funding from government, the charity would have to consider “heavy borrowing” against its existing assets to survive beyond that date.

Work on operations to help fight Covid-19 currently costs the charity £1.6m each week, he said, at the same time that the charity has lost £1.5m a week from its training and events businesses. He estimated that the charity needs £450,000 each week to meet its commitments during the crisis.

There are already a hundred St John Ambulance volunteers working at the NHS Nightingale Hospital which has been set up at the ExCel venue in south London, and there are plans to send hundreds more volunteers to emergency hospitals across the country. The charity also supports the NHS through 100 ambulances which are deployed to help coronavirus patients.

“Whilst the NHS have been superb in their cooperation and their support for us, they can’t lift this on their own,” Houghton-Brown told MPs. “We know that we need central government. We need the Treasury to step up.”

Wade told the committee that the current crisis is likely to have a far bigger impact on charities than the 2008 global financial crash.

“In those days we could at least carry on raising money, maybe at a lower level than before, and continue running our services,” he said.

Through coronavirus he estimated that the charity is “expecting to lose anywhere between £3.5m and £5.5m over this period, and this is assuming that we get back to some semblance of normality in about six months’ time.”

MNDA had a turnover of £18m last year and has “healthy” reserves, Wade said, but warned that “four to five months of reserves will soon disappear if you are losing money at that level.”

He added that the charity would make a decision later this week on furloughing up to half its staff under the government’s Coronavirus Job Retention Scheme. This move had the potential to save up to £500,000, Wade said, but would be done “very reluctantly” given the impact on research, fundraising and advice services.

It would also help if the job retention scheme was made more flexible for charities, Wade argued, so that staff could potentially return to their organisations as volunteers or continue in their jobs part time.