Sir Stephen Bubb has announced plans step down later this year as the chief executive of Acevo, the infrastructure body for voluntary sector chief executives. 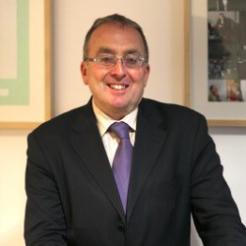 Sir Stephen Bubb has announced plans step down later this year as the chief executive of Acevo, the infrastructure body for voluntary sector chief executives.

Bubb, who is 63 years old, has led Acevo for 15 years, and was knighted for his services to the charity sector in 2011. During that time he has been an outspoken champion of social investment, public service delivery and charities’ right to campaign.

He will remain with Acevo as the director of a new initiative, the Charity Futures Programme – a two-year initiative which will research the state of governance and leadership in the voluntary sector, funded through a £400,000 gift from two anonymous philanthropists.

He will officially step down at the end of June, but his last day in the office will be the end of May. Asheem Singh, Acevo’s director of public policy, will assume the chief executive’s role while the organisation recruits Bubb’s successor.

Bubb said: “We all know that the negative attention of recent times has made us look at whether our leadership and governance is as good as it must be. It is now time for me to focus on this, the most important strategic issue facing the sector.

“The golden rule of charity funding is that frontline delivery begins in the back office. No charity can deliver effective services at the front line without a strong and professional team at the top. To make that rule a reality, we need to build the leadership and governance support our sector needs but which funding does not always support.

“I will now lead this new Charity Futures Programme to ensure that we can drive stronger governance in our sector.”