Social impact bonds have several advantages but face challenges to success including complexity, scale and difficulty proving their effectiveness, according to a report commissioned by the Big Lottery Fund. 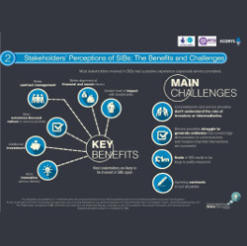 Social impact bonds have several advantages but face challenges to success including complexity, scale and difficulty proving their effectiveness, according to a report commissioned by the Big Lottery Fund.

Social impact bonds: the state of play was published by Ecorys UK and ATQ Consultants, research and consultation organisations which are jointly undertaking the Commissioning Better Outcomes Evaluation on behalf of BIG. The evaluation is particularly focused on the effectiveness of payment by results.

A social impact bond is a type of payment-by-results contract in which a social sector body agrees with a government commissioner to deliver a particular outcome. The body receives outside investment which it uses to deliver the service.

According to the report, there are 16 active SIBs in the UK, and nine abroad. Several more are in the pipeline.

The report identified several advantages to social impact bonds, including the fact that they bring in additional investment, improve the alignment of social and financial returns, allow charities to focus more on outcomes, and encourage innovation, flexibility and early intervention.

However it also said there were several challenges. It said that SIBs were complex and difficult for commissioners and delivery agents to understand, and therefore extremely expensive to commission. As a result, it said SIBs needed to be large-scale to be worthwhile.

It also said that it was extremely difficult for many charities to gather evidence of their impact in order to prove they had created an effective intervention.

“The SIB agenda in the UK is still in its early stages of development,” the report said. “Although the number of SIBs being developed is increasing, the evidence base supporting them is still relatively limited, particularly in terms of their effectiveness.

“However, the early signs are positive: all three members of the core groups required for a SIB to work (investors, commissioners and service providers) have had a broadly positive experience of being involved, as evidenced by both our surveys and by independent process evaluations of SIBs to date.

“There is also appetite from more members of each group to get involved in further SIBs. However, our findings do suggest that their development has been slow and relatively complex – particularly local SIBs outside of central government-supported programmes.”