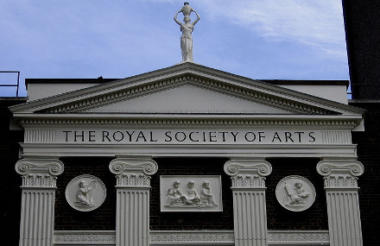 Baroness Stowell gave her speech at the Royal Society of Arts

Sector individuals and bodies have responded to Charity Commission chair Baroness Tina Stowell’s speech last night at the Royal Society of Arts, where she set out her vision for the future of the Charity Commission, welcoming it but warning of the impact of such speeches on the reputation of the sector.

In the speech Baroness Stowell, who became chair of the regulator earlier this year, said that charities must do more to set a good example, otherwise they “risk being complicit in its decline”.

She also committed to improving the support the regulator offers to charities and fostering a non-adversarial relationship with the sector.

Sector figures have welcomed the speech, although some expressed concerns of a "feedback loop" where the Charity Commission’s public statements "reinforce the idea of systemic ‘crisis’ in the media and wider public consciousness."

Lloyds Bank Foundation: ‘Talk of a crisis in public trust in the sector needs put be put into perspective’

Duncan Shrubsole, director of policy, communications and research at Lloyds Bank Foundation, said that the Commission needs to move “beyond introspection”.

He said: “We welcome the Charity Commission’s publication of their new strategic direction and agree with Baroness Stowell’s emphasis on the importance of charities holding themselves to the highest standard. But talk of a crisis in public trust in the sector needs put be put into perspective. Yes, there have been some specific and high profile cases of charities getting it wrong but the vast majority, particularly small and local charities, are doing great work day in, day out in their communities and are trusted to do so by the people they serve, work with and raise funds from.

“It’s time for the Charity Commission to move beyond introspection and to get behind and champion the charities it regulates to help them to continue their fantastic and much-needed work.”

DSC: 'In danger of turning into a feedback loop'

Jay Kennedy, director of policy and research at the Directory of Social Change, warned of the impact of a "constant drip-drip message about a crisis of public trust".

He said: "This constant, drip-drip message about a crisis of public trust for all charities, no matter what areas they work in, how well run or how effective they are, isn’t accurate or helpful. In fact, it’s in danger of turning into a feedback loop, where the Charity Commission’s public statements reinforce the idea of systemic ‘crisis’ in the media and wider public consciousness.

"The new strategy statement seems to envisage a regulator less tethered to its legal anchoring, moving into subjective realms of ‘behaviour’ and ‘expectations’, which is highly problematic. Despite this, it contains some important ambitions – for example improving the data collected on charities and making this more accessible to the public. It’s vital that the Charity Commission engages effectively with the sector as the strategy develops; to this point we’ve been mostly out of the loop."

Keiran Goddard, director of external affairs at ACF, said that a “robust regulator is necessary and welcomed”, “but on the other, public pronouncements about poor practice need to be placed within a broader statistical context in order illuminate the reality of the vast majority of charitable activity.”

He added: “Because while publicising the tiny minority of poor practice may increase public trust in the regulator’s ability to identify sub-optimal behaviour (which is certainly no bad thing) a failure to highlight comparative context may be simultaneously eroding public confidence in the 150,000+ charities to whom the critique does not apply.

“One might ask then, whether this creates a vicious cycle.

"Pleasingly, this new strategy hints at an acknowledgment of the dangers of this feedback loop."

Sir John Low, chief executive of the Charities Aid Foundation, said: “In these uncertain and tumultuous times charities are a stable voice of truth and support for the most vulnerable people in society and are a vital aspect of British life. Every day there is amazing and selfless work being done by millions of dedicated volunteers and committed charities that are underpinned by freely given financial support.

“Britain’s strong regulatory system for charities is the envy of the world and the Charity Commission is right to focus on building and maintaining the public’s trust. We in charities must do all we can to meet society’s high expectations. Whenever an organisation falls short, it is in everyone’s interest that they are held to account by a fair and transparent regulator.”

Institute of Fundraising: ‘Right that Commission ensures charities are being true to own purposes’

Peter Lewis, chief executive of the Institute of Fundraising, said that he welcomed the Commission’s “declaration of strategic intent as they map out a clear vision for the future of the sector and the role of the Charity Commission,” he said he is pleased that Baroness Stowell has “voiced the clear purpose of the Commission to ensure charity can thrive and to inspire trust in order to strengthen society”.

He continued: “It is absolutely right that she says the Commission has a role to ensure charities show they are being true to their own purposes and demonstrate the difference they are making.

“Fundraising plays a key role in building public trust. It’s the main way that people hear about the work of charities and the difference a donation will make. This is especially important as we know that 80 per cent of people only donate when asked, and we also know that 63 per cent of people after donating go on to take an additional positive action for that cause.

“The Institute of Fundraising will continue to support our members and the wider charity sector to ensure fundraising standards go beyond mere compliance to achieving excellent fundraising that inspires people to give.

NCVO: 'We accept the challenge'

Peter Kellner, chair of NCVO, said it is “right to demand the highest standards” and that: “The great majority that maintain those standards feel betrayed when a small minority fall short. The Commission deserves support for its efforts to provide a clear regulatory framework and a focus on where things go wrong.
“It is equally important to celebrate the range, diversity and impact of Britain’s charities. Every year they make a big difference in every community, both in what they do and how they do it. The British people continue to be generous because they appreciate the positive work that charities undertake. Indeed we should remain proud that Britain’s charities retain a level of trust that many other national institutions can only dream of.

“Nevertheless, as Baroness Stowell says, those levels of trust have seen a modest decline. It needs to be reversed. To help achieve this, NCVO will soon publish a code of ethics for the charity sector, to build upon our popular and rigorous quality standards that already underpin many charities’ work. We have also helped develop a strong, clear charity governance code.

“For our part, NCVO accepts the challenge to help charities do more, and do it better. We look forward to working with the Commission to build stronger charities.”

Acevo: 'Welcome step but too soon to gauge what change will occur'

Vicky Browning, chief executive of Acevo said: “This declaration of strategic intent is a welcome step towards the Charity Commission setting out a clear vision that articulates what it believes the role of the regulator is, what good regulation looks like and how it wants to achieve that.”

She added that it is “light on detail", but "I am pleased that the strategy talks about addressing some of the concerns we have heard from Acevo members in recent years, including reducing the length of time to conclude investigations and making better use of data. It is also a step change to hear the Charity Commission saying it will ‘lead thinking about how charities can thrive in a changing world'."

“These statements could be indications of a shift away from the often confrontational tone of the Commission’s previous chair William Shawcross. However, an emphatic section on declining trust alongside a clear indication that there will be a consultation on charity charging, means it is too early yet to gauge what change will occur during Baroness Stowell’s tenure", she said.

Nathan Yeowell, head of policy at NPC, said the regulator "should be applauded for showing both realism about where the Commission is now, and ambition about the role it can take in the future".

He added that: "We believe that trust flows not just from avoiding wrong, but doing right. For charities this means having impact. We welcome the Commission’s commitment to open up its data to get impact out in the open and promote collaboration and merger, but it must also be matched with a commitment to help, and in some cases compel charities to do better for the people they exist to serve."

Kate Sayer, from charity accountancy firm Sayer Vincent, tweeted she was “puzzled” that it is now wrong for charities to be acting like businesses.

By that I mean organised and running things properly. I agree @tinastowell - charities need to get the basics right. But for years charities have been told to get full costs, bid for public services, become more professional and, well, stop being so charitable https://t.co/aaayQkZ6Hs

Yeah, I was puzzled that charities shouldn't compete for contracts. What if one #charity thinks / knows that it could deliver more for beneficiaries with that money?? @ChtyCommission https://t.co/WAicnABLb2

Great to hear Baroness Stowell at the launch of the Charity Commission strategy. Highlights the need for outstanding communications to distil charitable purpose and tell the story of impact. #RSACharity @ChtyCommission @tinastowell pic.twitter.com/o2mbRJ8rSq 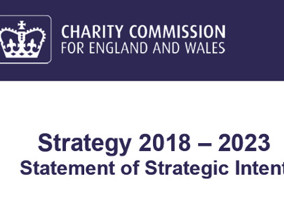