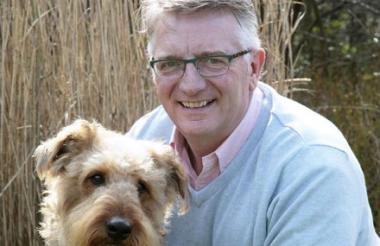 The RSPCA has announced the appointment of a full-time chief executive, over two years after Gavin Grant left the organisation.

In a statement released today, the charity confirmed that Jeremy Cooper (pictured) had been appointed to the role. He will take up the post on 4 April, having spent nearly three years as chief executive of RSPCA Assured – the charity’s ethical food label. He is also the RSPCA’s current director of corporate development.

Cooper has worked in the retail, commercial and not-for-profit sector for over 30 years. He joined the RSPCA in 2013, having previously worked in senior management roles with Tesco, Waitrose and with the Royal Air Force. He will take over from David Cananvan, who has been acting chief executive of the organisation since 2015.

Daphne Harris, chair of the RSPCA, said: “My fellow RSPCA trustees and I are excited about working alongside Jeremy to ensure we maintain and build on the high standards we have set ourselves in improving animal welfare and tackling animal abuse across England and Wales.”

Cooper takes over the leadership of the charity in trying times, with a number of trustees having resigned from the charity in the last six months in protest at how the organisation has been run.

In November 2015, the charity had to re-advertise for the position of chief executive, after three separate appointments collapse. It was estimated by the Daily Mail that some £30,000 was spent on the recruitment process.

The organisation has been without a full-time chief executive since Gavin Grant stepped down in early 2014, citing health reasons.

Speaking on his appointment, Cooper said: “The RSPCA is a unique charity with a long and proud history. To have been given the opportunity to lead the organisation responsible for giving so many animals a second chance of the life they deserve is a huge honour.

“I want to continue the process of ensuring the RSPCA is a modern, outward looking organisation with a clear purpose and built on strong values. My role will be to ensure we have a strategic plan that allows us to rescue as many animals in need as possible and to prevent cruelty wherever it takes place.”

RSPCA trustees resign in protest at how the charity is run

RSPCA without a chief executive for two years