Stephen Greene, co-founder and chief executive of RockCorps, has been appointed as the chairman of a new independent organisation that will take over the running of National Citizen Service. 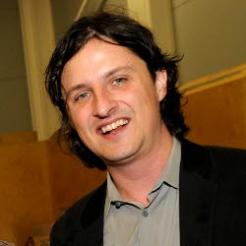 Stephen Greene, co-founder and chief executive of RockCorps, has been appointed as the chairman of a new independent organisation that will take over the running of National Citizen Service.

Minister for civil society Nick Hurd said: “As NCS continues to grow, we believe that a new independent organisation is best placed to administer this ground-breaking youth programme, ensuring the effective delivery, programme quality, expansion and long-term sustainability of NCS which is our priority.”

Greene, who has been an adviser on NCS for the last two years, said he was “honoured to take up the position” and that: “NCS is ready and I look forward to helping this fantastic programme become a part of British culture.”

The new organisation will administer NCS and support the organisations delivering the programme. Greene's role is voluntary and a Cabinet Office spokesman told civilsociety.co.uk that he will “develop a detailed business plan” for the new organisation, including appointing a chief executive, with a view to launching in 2013.

The new organisation is referred to as NCS Independent Management Body in a Cabinet Office press release, but at the time of going to press the spokesman was unable to confirm that this is the name of the new organisation.