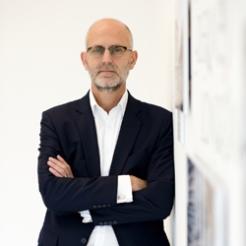 In a statement released today, Macmillan confirmed that Taylor (pictured) will join Macmillan in a “nine month role” starting tomorrow and will be responsible for leading all of the charity’s fundraising, marketing and communications activities.

Taylor, who has been with Cancer Research UK (formerly the Imperial Cancer Research Fund) since 1998, will step into roles previously held by Lynda Thomas, who was promoted to the role of chief executive of Macmillan earlier in the year and Hilary Cross, the former director of marketing and communications, who left the charity earlier this month.

In his time with CRUK, Taylor oversaw its growth from £200m per year to the £500m it generated in 2014/15. He also played a major part in CRUK’s rebrand in 2012 and is the current chair of the Institute of Fundraising.

Lynda Thomas, chief executive of Macmillan, said: “We’re absolutely delighted that Richard is joining Macmillan Cancer Support. His wealth of experience and years of working in the charity sector will make him a fantastic asset to the organisation.

“With the number of people living with cancer in the UK set to rise from two and a half to four million by 2030, Macmillan faces a huge challenge to make sure we can help everyone that needs us.”

Taylor originally announced that he would be leaving CRUK in March 2015 and said he’d be joining Which? in a more commercial role. However, Taylor performed a U-turn on that decision in July, claiming a move to Which? was “untenable” due to the “increasing spotlight” that fundraising was being held under.