The majority of the public is comfortable with charities engaging in the political process, according to new research from nfpSynergy. 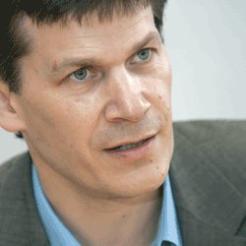 The majority of the public is comfortable with charities engaging in the political process, according to new research from nfpSynergy.

The report, Public, media and MPs’ attitudes towards campaigning, says that 63 per cent of 1,000 survey respondents said that “it is acceptable for a charity to challenge government policy”. While a further 57 per cent of public respondents think charities “criticising the government or local authorities” is acceptable, compared with 16 per cent who thought it unacceptable.

The report showed that only 6 per cent of public respondents would be “put off from giving to a particular charity” because of its campaigning to change a law.

The research also shows that MP’s views on charity campaigning are very much divided along party lines, whilst the overwhelming majority of the 150 journalists surveyed said it was “acceptable for charities to highlight the impact of a policy on beneficiaries”.

Writing the report’s conclusions, Joe Saxton, director of nfpSynergy (pictured), said: “There are plenty of ways in which charity activity and public opinion are not in step, but campaigning is not one of them. Indeed of all the different groups we research at nfpSynergy, it is only Conservative MPs who appear to have a substantive problem with charity campaigning.

“The reasons for this are not entirely clear, but given that the Conservative government has driven through both the Lobbying Act while it was in coalition, and now the clause in government contracts, it is clearly a deeply held belief.

“It is deeply ironic that as a government rails against public funds being used to campaign, the official EU Leave campaign will get public funding to the tune of £7m. How does that work?”