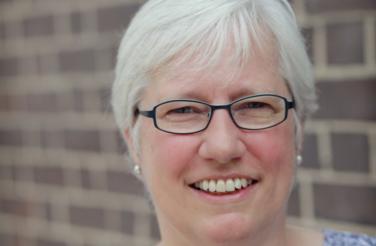 A radical update to the Code of Good Governance proposes that trustee boards must consider mergers with other charities or winding their charity up, if other organisations are seen to be fulfilling similar charitable purposes more effectively.

The update to the code also contains a new section on the relationship between the trustee board and staff, recommending that boards and chief executives strive to create conditions for staff to feel confident and enabled to provide boards with all the information they need to carry out their duties.

The proposed new Charity Governance Code will supersede Good Governance: A Code for the Voluntary and Community Sector, which was published back in 2005 and last updated in 2010. A separate code for smaller organisations was published in 2011, and the intention is that this will also be replaced.

Governance specialist and former Charity Commission policy chief Rosie Chapman led calls for an updated version back in 2014, arguing that the existing code was no longer fit for large charities. She and consultant Radojka Miljevic wrote an article for the September 2014 issue of Charity Finance outlining why they felt the code needed to evolve and suggesting improvements.

They complained that the existing code felt like “an entry level introduction to governance…as though it is there to inform rather than raise the bar higher”.  They said it encouraged trustees to behave reactively, when they really needed to “anticipate, project, hypothesise and bring an authentic degree of externality and independence to executive thinking”.

Chapman was appointed earlier this year to chair the steering group overseeing the development of the new code, which is published for consultation today. Responses are invited until Friday 3 February 2017.

The proposed new code is applicable to all charities, but includes some features that apply only to charities that employ staff or are larger, more complex organisations.

It has seven principles, built on a foundation that assumes all trustees are committed to their charity’s cause, understand their role and legal obligations and are committed to good governance.

The principles cover organisational purpose and direction; leadership; integrity; decision-making, risk and control; diversity; board effectiveness, and openness and accountability.  Each one contains explicit recommendations for good practice in a bid to raise standards in various areas.

In an article outlining the changes to the code in the November edition of Governance & Leadership magazine, Chapman said readers may assume at first glance that the new code is very familiar.  But it contains some “fundamental changes”, she said, not least the expectation that boards will use the code as a tool for continuous improvement.

“The code also envisages larger charities using their annual reports to describe their approach to the code,” Chapmans said.

There is also renewed emphasis on the chair’s role in promoting good governance.

Chapman acknowledged that the new code contains some “stretching objectives”, but the steering group felt they were all achievable.

The full draft can be read here and responses are invited via a survey on governancecode.org or via email to [email protected]