Prince Charles’ complimentary medicine charity has closed following the arrest of a senior official, claiming that it has achieved its charitable mission. 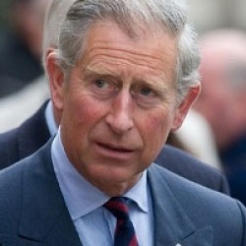 HRH The Prince of Wales

Prince Charles’ complimentary medicine charity has closed following the arrest of a senior official, claiming that it has achieved its charitable mission.

The Prince’s Foundation for Integrated Health announced last Friday that it has decided to close after the arrest on Monday of a 49-year-old man and 54-year-old woman for an alleged fraud estimated to be worth £300,000.

In a statement released by the charity, it said that trustees had intended to shut down the charity, but sped up the process due to the Scotland Yard investigation.

“The trustees feel that the Foundation has achieved its key objective of promoting the use of integrated health,” the statement read. The Foundation was set up in 1993 by the Prince to promote a whole-person approach to health, which the charity contends has now been embraced by both the public and government bodies.

The alleged fraud was highlighted by auditors who could not account for the missing money. The charity has yet to file accounts for 2008 with the Charity Commission, but the latest figures submitted show the charity had an income of around £1.1m in 2007 and 14 staff members.

The Charity Commission said that it “remains in touch” with the trustees about their winding down the charity, but said the fraud investigation was limited to the police.