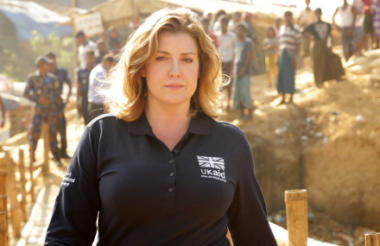 Oxfam has agreed to withdraw from applying for new government funding until the current crisis over sexual misconduct has been resolved, development secretary Penny Mordaunt has said.

Mordaunt announced last Friday that Oxfam had agreed to withdraw from applying for any new funding from the government, until “DfID is satisfied that they can meet the high standards we expect of our partners”.

According to Oxfam's published accounts for the year ending 31 May 2017, the charity received £31.7m worth of funding from DfID.

She also called on all of DfID’s UK charitable partners, including Oxfam, to present her with “assurances” regarding their safeguarding and reporting practices by 26 February. After this, she said, DfID “will make further decisions about continuing or amending how those programmes are delivered”.

The DfID statement finishes by saying that the UK “will continue to take all necessary action” and said that the whole aid sector “from UK-based charities working overseas, to the UN, to other donor countries” needs to show leadership on the issue of sexual abuse in the sector.

The international development secretary’s full statement can be read here.

The Swedish International Development Cooperation Agency (Sida), an extension of the Swedish Ministry for Foreign Affairs, also announced it had suspended its funding to Oxfam.

A Sida spokesman told Civil Society News that the organisation had "suspended a payment due this week" for Oxfam. He said the payment was "for Oxfam's humanitarian work", but didn't elaborate. Sida previously funded a number of joint projects with Oxfam International.

Sida is reportedly suspending funding while it ascertains whether or not Oxfam properly investigated previous claims of inappropriate behaviour levelled at its former Haiti country director Roland van Hauwermeiren.

Van Hauwermeiren has been at the centre of allegations that Oxfam aid workers in Haiti used prostitutes and traded aid packages for sex in the wake of the earthquake which struck the country in 2010. It emerged last week that van Hauwermeiren had been forced to resign from a different aid charity due to similar allegations while working in Liberia in 2004.

A spokesman for the European commission, which gave around £29m to Oxfam last year, said it was waiting for the charity to “full clarify the allegations with maximum transparency as a matter of urgency”.

It also said it was ready to review its relationship with Oxfam and threatened it would pull the funding of any partner “not living up to the required high ethical standards”.

The spokesman also said that the commission had written to all partner humanitarian organisations to remind them of the “EU’s zero tolerance approach to any allegations of misconduct”.

The spokesman said: “The European Commission expects its partners to abide by strict ethic and professional codes of conduct and principles, and we take a zero-tolerance approach to any allegations of misconduct by organisations that receive our funding.

“We expect Oxfam to fully clarify the allegations with maximum transparency as a matter of urgency, and we are ready to review and, if needed, cease funding to any partner who is not living up to the required high ethical standards.

“The EC has written to all EU funded humanitarian organisations to remind them of their strict obligations and the EU's zero tolerance approach to any allegations of misconduct. The letter requests a detailed description of all measures they have put in place to meet their obligations.” 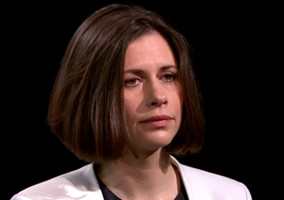