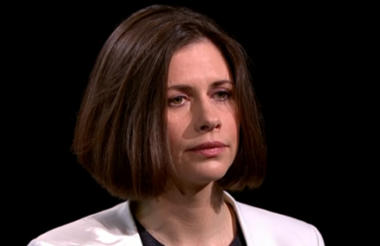 Helen Evans being interviewed on Channel 4

Oxfam's former global head of safeguarding has accused the charity and the Charity Commission of not acting quickly enough after a report was compiled highlighting the scale of the problem.

Helen Evans, Oxfam’s former global head of safeguarding between 2012 and 2015, gave an interview to Channel 4 last night in which she said Mark Goldring, Oxfam's chief executive, stopped her from presenting a report compiled from confidential internal surveys of the charity’s international aid staff which highlighted further instances of sexual harassment, sex in exchange for aid handouts and rape.

Evans said that, having returned to the organisation from maternity leave in 2014, the number of allegations against Oxfam staff overseas began to escalate. Evans said 120 Oxfam staff working in three different countries were confidentially surveyed regarding issues around sexual harrasment and exploitation. She described the results of the survey as “very, very concerning”.

“We were getting between 11 and 14 per cent of people reporting that they’d either witnessed or reported rape by Oxfam representatives. In one country programme (South Sudan) we had 7 per cent of staff witnessed or experience rape or attempted rape.

“Across the programmes, three in total, we also had about 1 in 10 staff reporting they had experienced unwanted sexual advances, sexual assault. This was staff on staff; we hadn’t even gone out to beneficiaries who were receiving aid from us.”

Evans asked for a chance to present this report to Oxfam’s senior leadership team but “about an hour before I was due to present I was told I was no longer needed”. She told Channel 4 she was “extremely concerned about that” and wrote to Mark Goldring to ask why she hadn’t been given the opportunity to report those findings and discuss her concerns.

Her email to Goldring, shared with Channel 4, said: “Having a concern discussed at LT (leadership team) with feedback from the chief executive can go a long way to effecting positive change. As the HECA (Horn, East and Central Africa) report indicates, we are increasingly gathering data that points to a culture of sexual abuse within some Oxfam offices.”

Goldring responded: “You are right that this is a serious issue. LT recognised this but felt that there was nothing as a group that we could actually add to the situation, which was clearly laid out on the paper.”

His response refers to the 2011 report which was published by The Times last week. Mark Goldring was appointed chief executive of Oxfam GB in May 2013.

‘A continual fight for more resource’

In her interview, Evans also said that she faced “a continual fight” to get more resources from the charity for her safeguarding team, but said her pleas were ignored.

“It was me initially working on this four days a week, and then I had three days a week of admin support. I asked repeatedly: we need more resource for this and it wasn’t forthcoming. It was a continual fight to try and get more resource and I just found that so frustrating. Because I felt our failure to adequately resource was putting people at risk.”

Evans said she “struggled, and still struggle” to understand why Oxfam didn’t respond immediately to her requests for more resource.

After the interview aired, Evans tweeted a statement summarising her position.

'Limited exchanges with the regulator'

Evans also said she raised concerns about Oxfam’s safeguarding procedures to the Charity Commission in 2015, but had only “limited email exchanges” with the charity regulator.

“They didn’t ask to meet with me. They didn’t ask to speak to me. I had limited email exchanges. I pushed and pushed and they stopped replying to me. To say I felt disappointed – these are meant to be the people that you go to in these circumstances and I trusted them. I just didn’t understand why they didn’t take action.”

The Charity Commission said it “took concerns Ms Evans raised very seriously and engaged with Oxfam on a formal regulatory basis to address them. This included meeting with the charity and requesting detailed information about its safeguarding procedures.”

The Commission said it subsequently met with Evans in 2017 “following more revelations”. The Commission contacted Oxfam about reports of “sexual exploitation” in October 2017 and published a report calling on the charity to improve its safeguarding procedures in December 2017.

In its response to Helen Evans, Oxfam said it regrets not acting more speedily on the concerns and issues raised and said it has now doubled the number of people in its safeguarding team.

“Thanks to Helen's work we have introduced a whole range of measures to improve how we deal with safeguarding issues. We regret that we did not act on Helen's concerns much quicker and with more resources. We have doubled the number of people to four in our dedicated safeguarding team and we are in the process of recruiting two extra staff.”

Representatives from Oxfam have yet to say whether the four people now working in its dedicated safeguarding team are full or part time members of staff.

Oxfam also said that it in ran a number of training course in 2014 “as part of its efforts to improve our safeguarding in highly vulnerable countries”.

The statement said: “As part of our efforts to improve our safeguarding in highly vulnerable countries we ran training courses in 2014. Those who attended were surveyed as to their experience or witnessing of sexual harassment. The results shocked us and reinforced the need to tackle such reprehensible behaviour.

“As a result we ran intensive safeguarding training in high risk countries to help our staff know what is acceptable and what is unacceptable behaviour when working for Oxfam, and how they can safely and securely alert us when they experience or witness sexual harassment or other misconduct.” 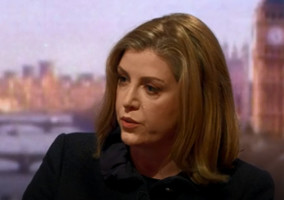