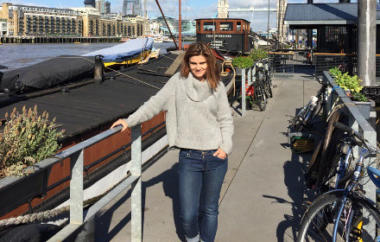 Oxfam has paid tribute to Jo Cox MP, a former head of advocacy at the charity, after she was killed yesterday in her constituency of Batley and Spen.

Cox was killed after being shot and stabbed in the street outside the library in Birstall, West Yorkshire, where she held a regular weekly surgery.

Cox had worked at Oxfam and Oxfam International between 2001 and 2009 in several different roles, including head of Oxfam’s Brussels office where she spearheaded Oxfam’s campaign for trade reform.

She joined Oxfam GB in 2005 as its head of advocacy, and became head of humanitarian campaigns for Oxfam International in New York in 2007 until 2009.

Mark Goldring, Oxfam GB's chief executive, said: "Oxfam is proud of the role that Jo played in our work over a decade. Many of our colleagues remember her fondly. The rest of us followed her work with admiration. She never lost her passion for peace, justice and equality. Everyone is deeply shocked to hear the news. Our thoughts and sympathies are with Brendan and Jo's family at this difficult time."

Max Lawson, head of global policy and campaigns at Oxfam, worked closely with her. He said: "Jo was a diminutive pocket rocket from the north. She was as a ball of energy, always smiling, full of new ideas, of idealism, of passion. She gave so much to Oxfam.

"She was an inspiring leader, really bringing the best out of all of us, always positive, always believing we could win, and always passionate for change. She was particularly brilliant at bringing huge energy to our campaigning around the desperate humanitarian crisis in Darfur."

Goldring tweeted that Oxfam is holding a commemoration in memory of the late MP. She had met her husband Brendan Cox while working for the charity.

She previously worked for anti-slavery charity the Freedom Fund when it was first established.

The charity’s chief executive Nick Grono said: “We are heartbroken to learn of the death of our former colleague, and my dear friend, Jo Cox. Jo was a powerful champion for the world’s most vulnerable and marginalised. She was one of those rare people who really did fight tirelessly to make the world a better place. And with it all, Jo was warm, funny, fearless, and effective.”

Cox has also advised the NSPCC and Save the Children on their UK activities, and previously worked for the Bill and Melinda Gates Foundation.