Oxfam boss in Haiti stands down after staff misconduct

Oxfam GB’s country director in Haiti has resigned after an internal investigation found six members of staff guilty of misconduct. 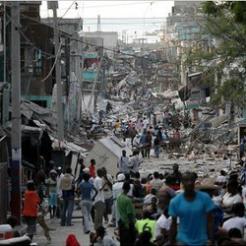 Oxfam GB’s country director in Haiti has resigned after an internal investigation found six members of staff guilty of misconduct.

The charity said it could not give specific details of the transgressions for legal reasons, but said the staff were guilty of “breach of Oxfam GB’s behavioural code of conduct, bringing Oxfam’s name into disrepute, abuse of power and bullying with Oxfam”.

It added that Roland Van Hauwermeiren had taken “managerial responsibility” for the issues that occurred while he was head of the programme by stepping down.

Oxfam stressed that none of the charges involved beneficiaries and were not related to fraud or misuse of donations. None of the staff were Haitian and all have now left the country.

Penny Lawrence, Oxfam GB’s international director, said: “We make sure that there are systems in place so that when misconduct is discovered, there are repercussions and penalties, which has proven effective in this instance.

“Lessons have been learned from this experience and we are reviewing how we reinforce adherence to our code of conduct in order to ensure that we do everything we can to prevent future misconduct issues from arising.”