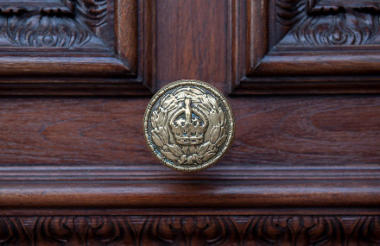 The National Audit Office (NAO) today published the findings from its investigation into government funding to charities during the Covid-19 pandemic. It found that government funding schemes were oversubscribed and that 92% of available funding had been distributed by 19 February.

Initially the NLCF was going to get £310m but this was reduced to £200m. The Department for Digital, Culture, Media and Sport (DCMS) then launched an £85m match funding scheme for other funders and allocated money to three organisations where officials “were unsure if they were eligible”.

Following the publication of the report a DCMS spokesperson said: “We've provided an unprecedented £750m  of dedicated funding for the charity sector, which has helped more than 15,000 organisations across the country respond to the impact of Covid-19.

“Over 96% of the funding has been distributed and the remaining awards are progressing in line with due diligence procedures.

“Our goal has been to support those within the sector suffering the most as a result of the pandemic, and we have continued to monitor the situation to understand where pressures are being felt.”

Shortly before NLCF began taking applications from charities for the Coronavirus Community Support Fund (CCSF), the government reduced the among available by £110m.

It also confirms that the government had initially planned to give the NLCF £310m, but: “Around a week before, the Department reduced the amount available through this scheme from £310m to £200m.”

Its allocation was then reduced a second time to £199m, when there was an underspend in DCMS-funded evaluation costs.

DCMS set up the £85m Community Match Challenge with some of the money that had initially been intended for the NLCF.

“It believed that the use of new partners would enhance the speed of delivery, reduce dependency on NLCF and that the new partners would better understand local funders to help maximise impact,” the NAO report says. “The department also considered that this new scheme would boost national philanthropic giving, a wider departmental objective.”

The fund received 35 applications worth £179m and were assessed on how “quickly they could distribute funds and the fairness of their onward granting processes” with recommendations made to the minister.

However, the minister allocated funding to the four lowest-scoring applications “three of which officials were unsure if they were eligible”.

Seven out of the 10 highest scoring applicants also received funding.

The NAO report adds: “One organisation selected by the department refused the award offered. This organisation had intended to distribute funding through six partners, and the department considered it could achieve its objectives by providing this funding directly to one of these.”

Meanwhile the NLCF was subjected to scrutiny about where awards were going.

Initially DCMS, helped by Pricewaterhouse Coopers (PwC), “reviewed all proposed awards to identify any it considered contentious or high value”, the NAO says.

Due to “concerns about the efficiency and effectiveness of this process”, it changed the process in July so that it “only reviewed proposed awards worth £10,000 or more”.

A joint NLCF and department panel discussed the application before NLCF made the final award decision.

“The department intended this extra process to provide additional oversight over NLCF’s award decisions given the scale of the programme and heightened risks involved in disbursing grants in emergency situations,” the report says.

Twenty-three awards were then reviewed by the joint panel. Of these, 21 were funded by the CCSF, one was rejected and NLCF opted to fund it from its own funds.

Meanwhile in 207 cases the NLCF reviewed the outcome of the department’s review and finalised its own due diligence procedures, before making a decision. Of the 207 proposed awards, 158 worth were funded through CCSF, 31 were rejected but awarded by NLCF through its own funds, 15 were rejected and three were withdrawn by the applicant.

NLCF was the only partner where DCMS was this involved.

DCMS told the NAO that it estimates that overall fraud levels could be between 0.5% to 5% across all schemes.

The NAO said that DCMS and partners had identified 76 fraudulent applications, 70 of which resulted in money being awarded.

It estimates that £614,000 had been given to fraudulent applicants, all of which relate to CCSF. So far 26 disbursements worth £400,000 have been reported to the police.

Nineteen foundations will get coronavirus match-funding from DCMS