Charities that provide education and training to improve standards of behaviour and practice among landlords and tenants in the private rented housing sector, will be able to access a new funding pot from the Tenancy Deposit Scheme from April. 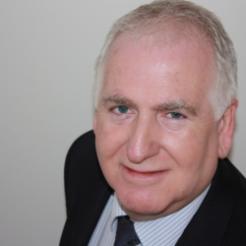 Charities that provide education and training to improve standards of behaviour and practice among landlords and tenants in the private rented housing sector, will be able to access a new funding pot from the Tenancy Deposit Scheme from April.

The Tenancy Deposit Scheme is one of three government-approved schemes that accept and hold deposits from tenants that rent their homes from private landlords.

It also has a role in adjudicating on disputes that arise between landlords and tenants over the return of deposits at the end of tenancies.

Since the TDS began accepting deposits in 2007, it has been accumulating monies from tenants that cannot be traced to return money to.  This can be down to any number of reasons: tenants absconding from properties; international students returning home and not bothering to claim their deposit back, or tenants deciding not to pursue a dispute.

Now that this pot of money has reached a sizeable amount, TDS – itself a not-for-profit company – decided to set up a charitable trust to distribute grants to organisations working to raise awareness of the rights and obligations of all parties in the private rented sector.

The TDS Charitable Foundation has now been registered as a charitable incorporated organisation with the Charity Commission.

Steve Harriott, chief executive of TDS, said that while lettings industry practices are coming under close scrutiny at the moment, training and accreditation remain entirely voluntary.

He said: “Letting property unprepared leaves everyone open to risk and we hope the TDS Charitable Foundation will help make support more accessible for landlords, letting agents and tenants, and provide valuable resources for providers of training and education.”

Harriott said it is anticipated that the bulk of the funding will come from unclaimed deposit monies paid to tenants but never cashed - even after strenuous efforts to track down the tenants – but the Foundation will also bolster the funds from its own coffers and seek funding from other grantmaking entities.

The TDS Charitable Foundation will begin accepting applications for funding from April 2014, though it could not say yet how much money would be available or what the minimum and maximum grant amounts might be.

The Foundation has its own board of three trustees but will be housed, at least initially, within TDS. Stephen Harriott is among the three trustees. The charity may get its own full-time staff team once the level of demand for grants becomes clearer.

The Tenancy Deposit Scheme is an insurance-backed scheme with 2,500 letting agency members who fund it with subscription fees.  It was set up in 2002 by Arla, the Association of Residential Letting Agents, as an industry dispute-resolution service.