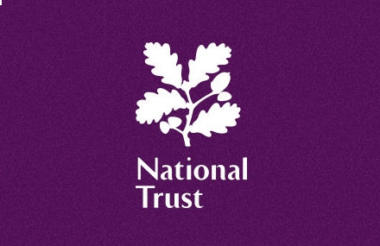 The National Trust says it is “accelerating plans” for dealing with any statues and memorials on its properties which have links to slavery.

The announcement comes as charities and other institutions face increased scrutiny over associations with the slave trade and racism, after these issues were given higher profile this month by the Black Lives Matter movement.

Earlier this week, the Canal and River Trust helped to remove a statue of slave-owner Robert Milligan, which is owned by the charity.

Meanwhile, the Scout Association has said that it will work with a local authority on the south coast “to make an informed decision” on the future of a statue of its founder, Robert Baden-Powell.

A National Trust spokesperson told Civil Society News that their charity's work to review its assets is “overdue”.

They said: “We are accelerating plans to assess statues and memorials with links to slavery and ensure they are managed appropriately. We have been working to understand and address the links between National Trust places and slavery for some time. We know this is overdue.

“The Trust looks after places and collections that are linked to world histories in so many ways, including the legacies of colonialism and slavery. We recognise the need to explore them more fully. It is crucial we do it in a way that is respectful and sensitive, taking account of high-quality research.

“We have a long way to go but we're working to address the often painful and challenging histories attached to our places and collections”.

The National Trust owns more than 500 heritage properties in the UK.

Earlier this week, the Canal and River Trust worked with the local council in east London to take down the statue of Milligan, saying that it wanted to “recognise the wishes of the community”. The statue was removed from outside the Museum of London Docklands in Canary Wharf.

In a statement on Twitter, issued before the statue’s removal, the Trust said: “We recognise the wishes of the local community concerning the statue of Robert Milligan at London Docklands, and are committed to working with London Borough of Tower Hamlets, the Museum of London Docklands and partners at Canary Wharf to organise its safe removal as soon as possible.

"The Trust stands with our waterside communities against racism. We promote equality, diversity and inclusion, using our canals to enrich the lives of all those alongside our waterways from every community.”

A spokesperson told Civil Society News that the Milligan statue is now in the possession of the local council, which will make a decision on what to do with it. They added that they are “not aware of any similar statues on their estate”.

The future of Baden-Powell

Bournemouth, Christchurch and Poole Council announced that it will be removing a statue of Scouts-founder Robert Baden-Powell “temporarily” later today, after police advised that it might be targeted by campaigners.

Campaigners have previously accused Baden-Powell of holding racist and homophobic views. A council representative told the BBC that some aspects of Baden-Powell’s life were “less worthy of commemoration”.

A spokesperson for the Scouts said: “We are aware that Baden Powell’s statue is being removed from Poole Harbour today. We look forward to discussing this matter with Poole Council to make an informed decision on what happens next.”

They added: “The Scout movement is resolute in its commitment to inclusion and diversity and members continually reflect and challenge ourselves in how we live our values.”

English Heritage: The importance of making sure stories ‘are told in full’

English Heritage said in a statement that it recognises that some of the historical monuments in its care “are offensive to many”, and stressed its commitment to ensuring that the stories around those statues “are told in full”.

The charity manages 48 statues and monuments in London on behalf of the state, including the Cenotaph and Marble Arch.

Anna Eavis, the curatorial director at English Heritage, said: “English Heritage looks after a number of statues in London and we need to ensure that the actions and the legacies of those commemorated are told in full.

“Statues can offend but we cannot support deliberate damage to historic monuments. We believe that the best course of action is to provide as much information as possible about these monuments – their history and the context in which they were erected – and encourage debate and reflection on the sometimes painful issues they raise.

“With the London Blue Plaques scheme, we have made real progress to better recognise those groups who have been traditionally unrepresented in history, including the black community. Now with the statues in our care, we need to ensure that the stories of those people already commemorated are told in full, without embellishment or excuses.”

The charity added: “As an organisation, English Heritage is committed to telling the story of England in full. We have been closely following the events of last week and reflecting on the connections between the past and present, and the importance of history to our understanding of what’s happening today.

“Black history is part of English history. We never forget this as we explore our rich, complex and sometimes difficult past.” 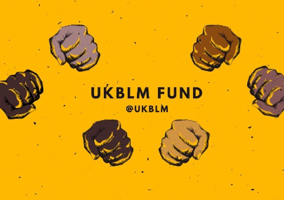